There Really IS Something We’re Doing Better Than the Europeans: Overnight Trains.

Jim Loomis September 20, 2014 Amtrak, Long-Distance Trains, Pacific Parlour Car 1 Comment
More reports coming from various sources say that overnight sleepers in Europe will soon be a thing of the past. Although there’s nothing specific yet, City Night Line trains are supposedly going to cut out several of their routes. Apparently it’s a matter of economics, but this is a real pity. 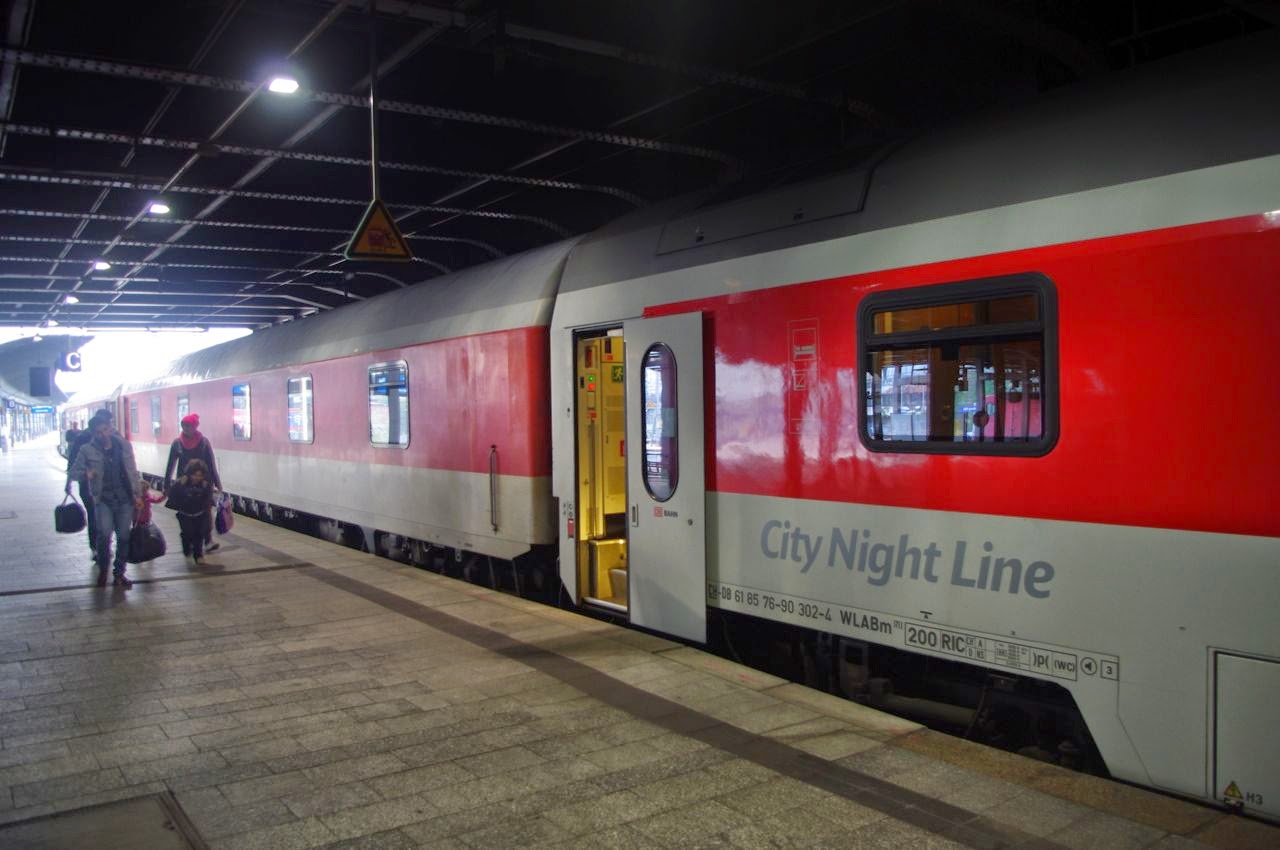 I took two City Night Line overnight trains last year — from Paris to Hamburg and from Copenhagen back to Cologne — and it was clear that corners were being cut. For one thing, there was no restaurant car on the train and, because both departures were around 8:00 p.m., the only meal involved was breakfast. It arrived in a cardboard box and was very disappointing.

I must say that when compared to the City Night Line trains I was on a year ago, Amtrak’s sleeping car experience is very good indeed. This is most especially true on the Coast Starlight, the only long-distance train that features a parlor car for the exclusive use of sleeping car passengers. I confess that I go out of my way to take that train and the parlor car is the main reason.
(Note that the official name is “Pacific Parlour Car” … with a “u” added to give it an extra classy touch. Personally, that’s a pain because SpellCheck “corrects” it every time and I have to go back and over-ride.) 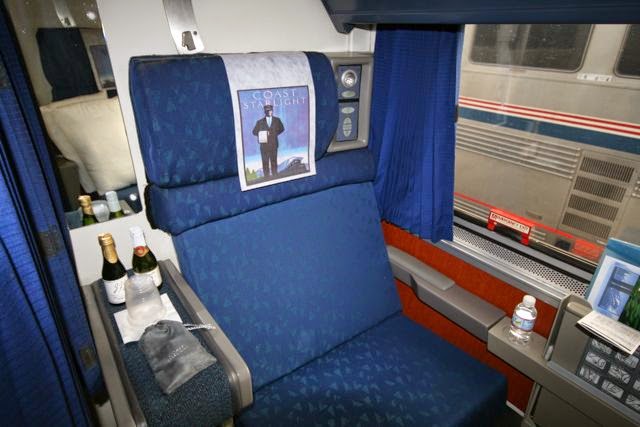 Still, we’re starting to see corners being cut here, too. On several of Amtrak’s premier long-distance trains — the Coast Starlight, the Southwest Chief, the Empire Builder and the California Zephyr, for example — sleeping car passengers have been accustomed to finding little gifts in their rooms when they boarded: a small bottle of domestic champagne, a complimentary kit with sample-sized soaps and shampoos, a newspaper slipped under your door during the night. 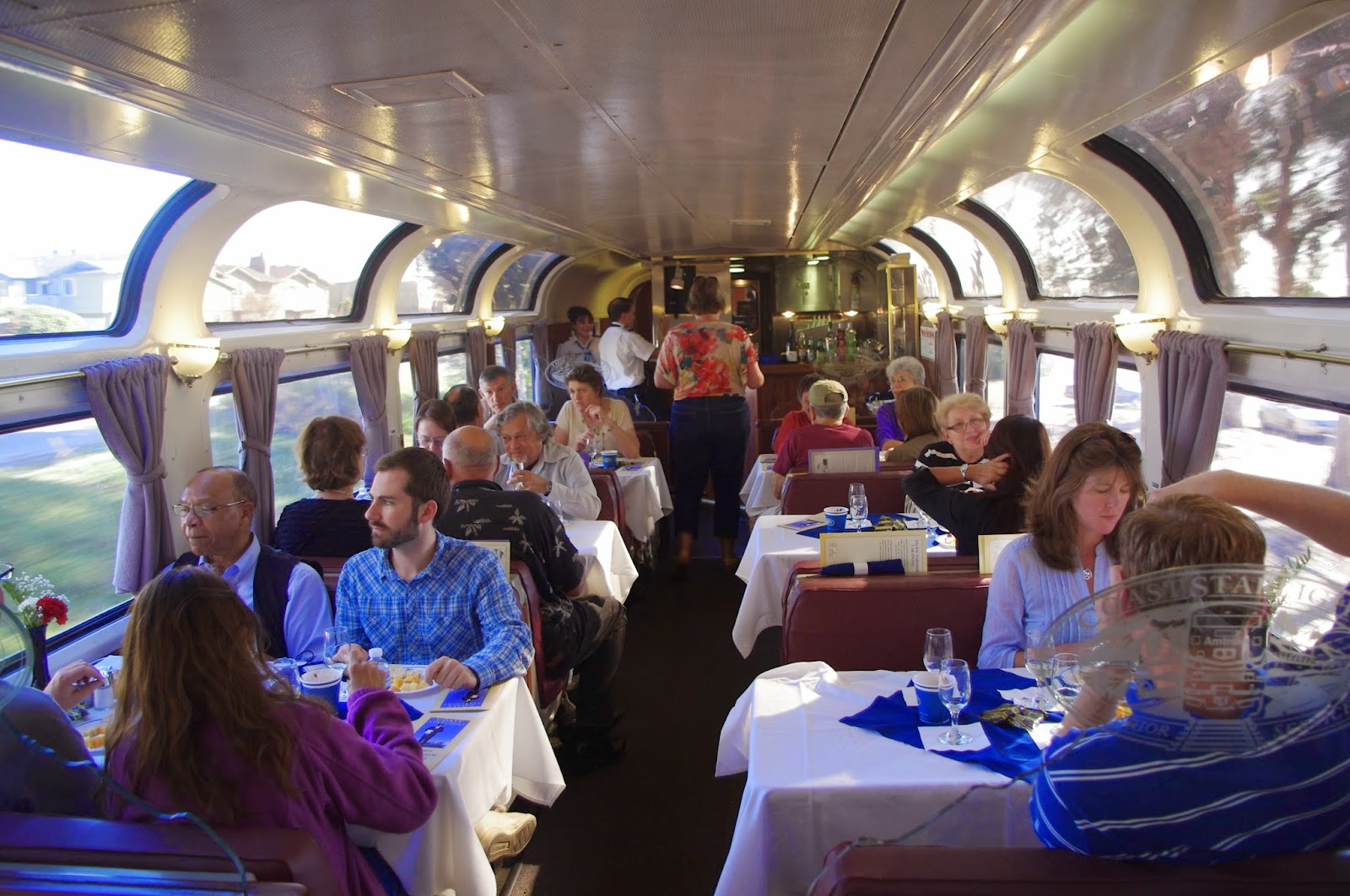 For a number of years, the Empire Builder’s lounge car and the Parlour Car on the Coast Starlight were the sites of cheese and wine tastings in the afternoons. These were very enjoyable affairs, providing an opportunity for passengers to really get to know each other and enjoy some very nice wines, too. (On one of my trips, the crowd in the Starlight’s parlor car was particularly convivial and that particular wine tasting lasted all the way into Los Angeles!) 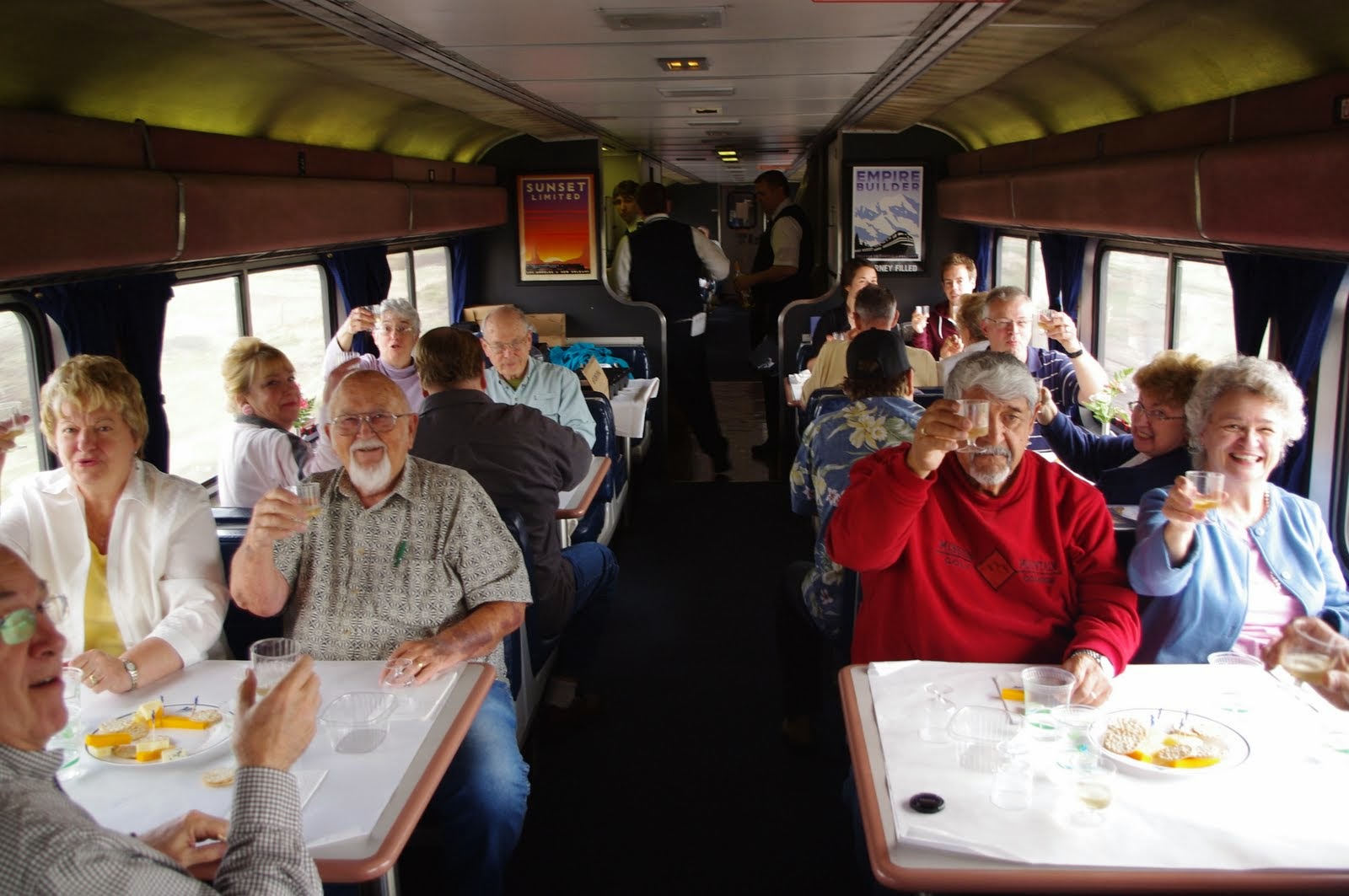 Individually and collectively, those token gestures on Amtrak’s part said, “Thank you. We appreciate your business.” But some months back, as a cost-cutting measure, Amtrak ordered the removal of almost all of those little extras including — alas and alack! — the wine tastings. These days you’re lucky if there’s a timetable in you room when you board.
I confess that all these little cut-backs have left a bit of a sour taste in my mouth. We sleeping car passengers are paying top dollar for Amtrak travel … and we know it. We’re willing to pay, however, because in our minds if not in fact, we believe we’re helping to secure the survival of passenger rail in the U.S. Well, at least I do.
But in terms of customer relations, it would be far better, I think, to add another two or three bucks to my fare and resume sliding that newspaper under the door of my roomette … even if it s only USA Today.