The Glacier Express: The Best Way To See the Swiss Alps.

Jim Loomis September 19, 2014 Europe, Switzerland 1 Comment
Switzerland is a beautiful country, with mountains and valleys that take your breath away. It’s hard to imagine any place more suited to rail travel.
Almost any train in that country will offer scenic views, but there are two trains of special note: the Glacier Express and the Bernina Express. (More about the Bernina Express another time.) 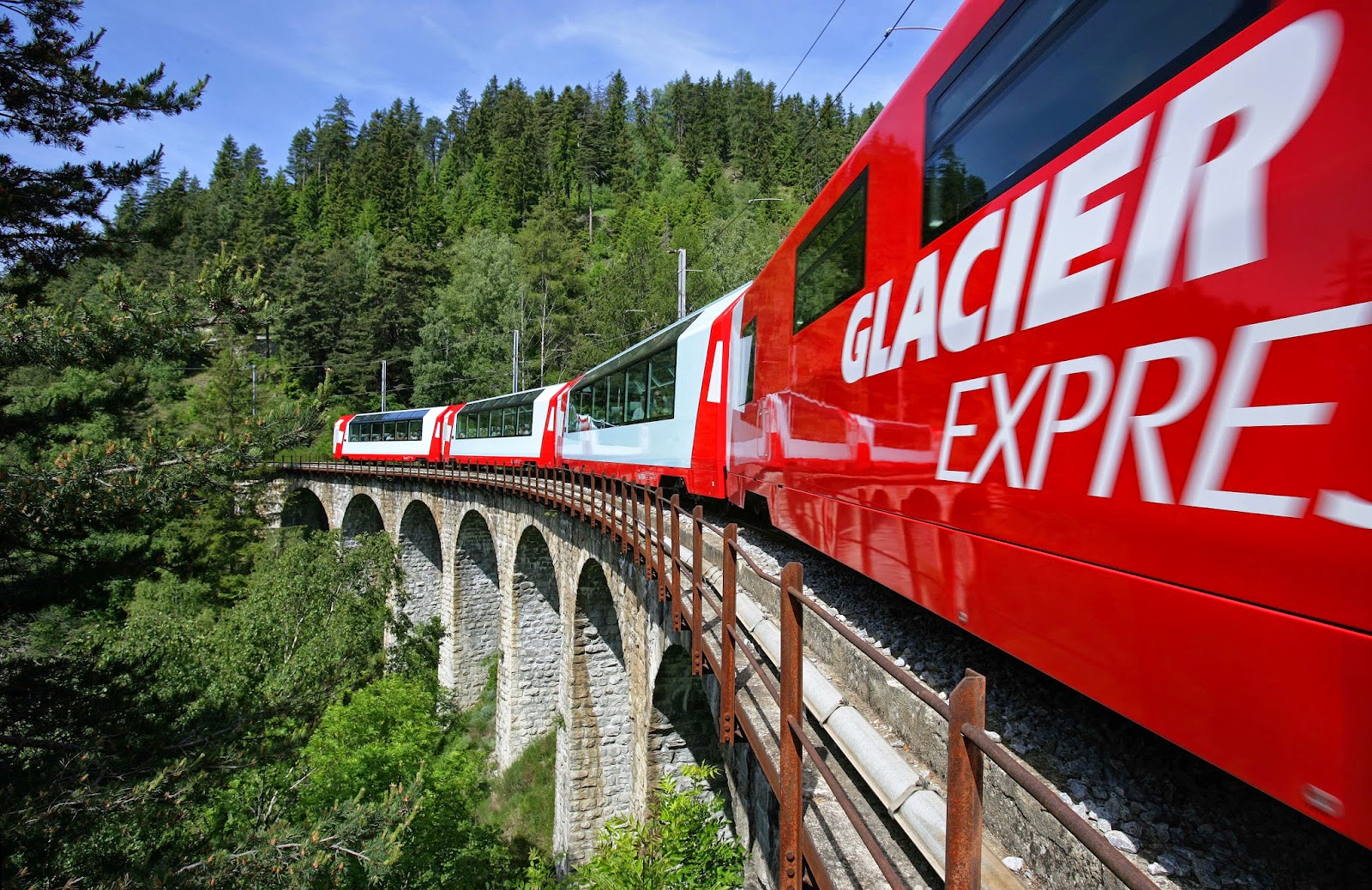 Last year, I spent several days in Switzerland and had an opportunity to ride a long segment of the Glacier Express’ route. The train runs between St. Moritz and Zermatt, but I boarded in Chur and rode as far as Brig, about a four-and-a-half hour ride. 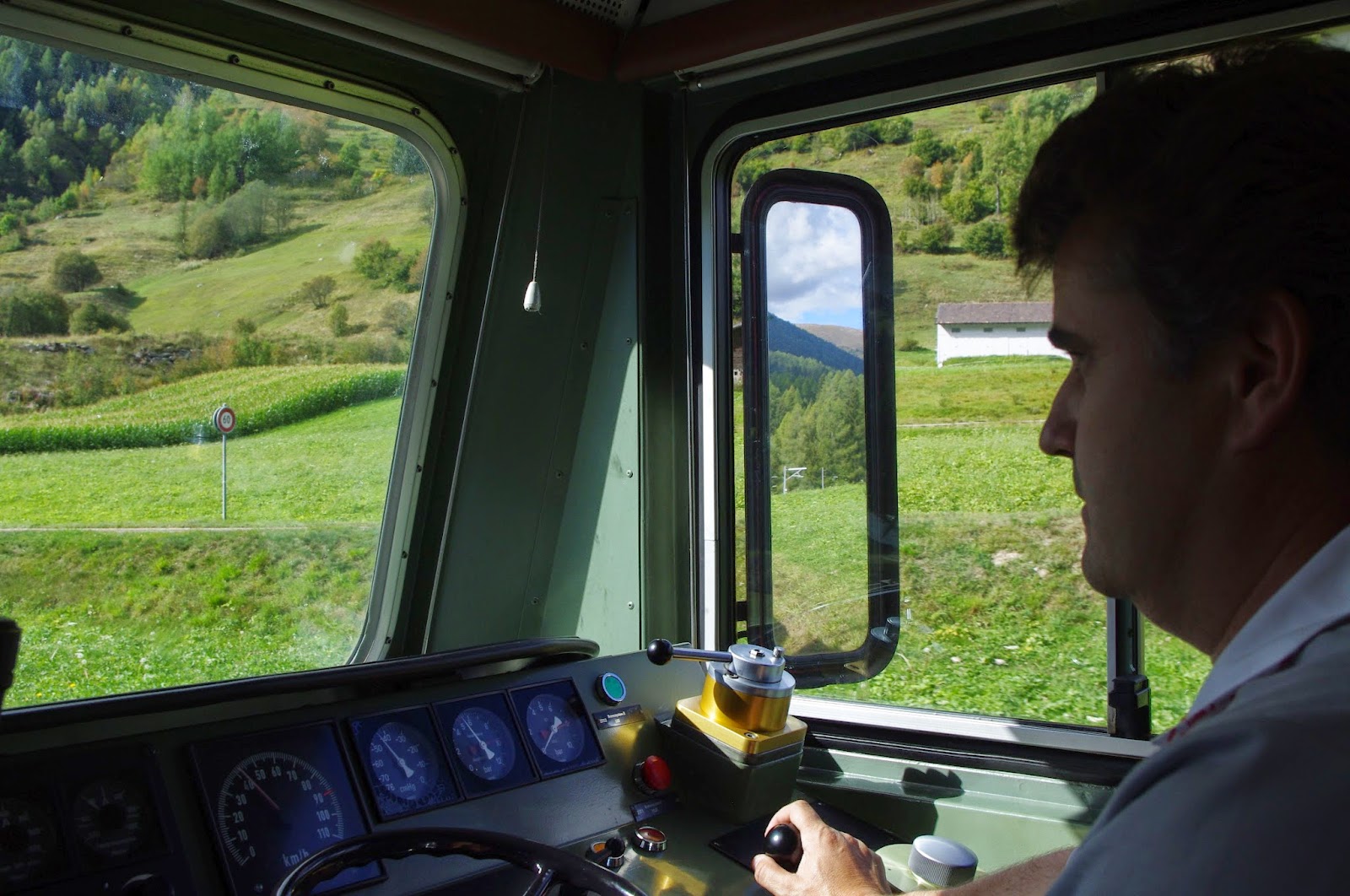 The scenery is spectacular, of course, and I had the unusual opportunity of spending about an hour riding up front in the locomotive with the engineer, a pleasant man in his 40s named Martin. At one point I asked him if all the kids in his neighborhood thought he had the best job in the world. He never took his eyes off the track ahead of us, but he smiled and nodded. 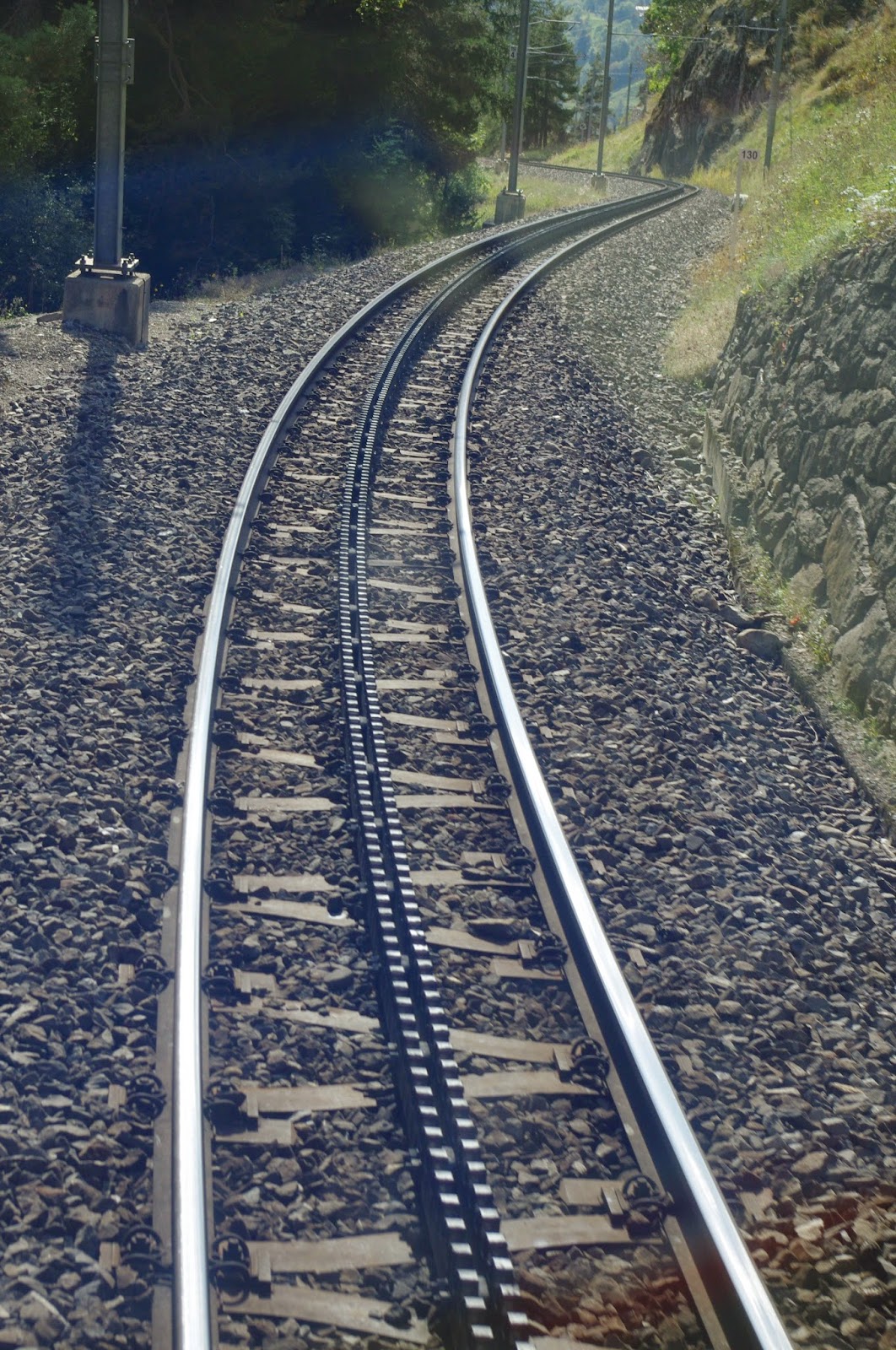 There are numerous sections of the route that require the train to go up or down steep grades and, for them, the engineer lowers a device that grips a saw-tooth track in the middle of the two rails. Without it, the steel wheels would lose traction going up or down the steep grades.

I do have a couple of suggestions for anyone considering a visit to Switzerland and a ride on the Glacier Express.
First, for some reason, many of the web sites show only one departure from each terminus, but the Glacier Express is not just one train. There are several trains each day running in both directions. 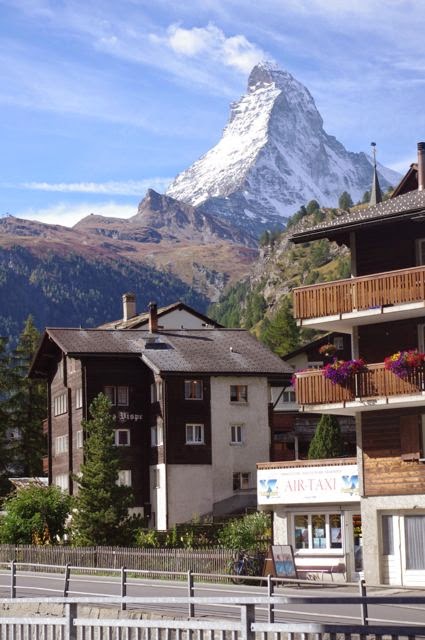 Second, and this is strictly a personal preference of mine, I chose not to stay overnight in Zermatt. Maybe it’s because I live in Hawaii and tend to avoid those areas heavily populated by tourists. Zermatt is interesting and there’s a great view of the Matterhorn, but it’s wall to wall tourists and prices for everything — food and lodging — are geared to the visitors.
I left the Glacier Express in Brig, spent the night there in a charming local hotel, The Ambassador, then went on to Zermatt the next day, hopping one of the local trains for the 90-minute ride from Brig to Zermatt over the very same route the Glacier Express takes. I wandered around the town, had a nice lunch, took multiple photos of the Matterhorn, then took a train back to Brig. For me, that was perfect and — by the way — there is a sensational restaurant in the Hotel Ambassador.
But the Glacier Express belongs on your bucket list of train rides. If you take it for the entire length of its route, it’ll take about 7 1/2 hours. And, trust me on this, you’ll come away with literally hundreds of photos.