Seattle to Reykjavik to Paris …and No One Knows I’m Here!

Jim Loomis September 25, 2014 All Posts 3 Comments
On the itinerary they emailed to me, Icelandair said to be at the Seattle airport to check in three hours in advance. That struck me as a bit excessive, but I had to check out of the hotel before 1:00 p.m. and my flight’s departure time was 4:00, so I did, in fact, get there three hours ahead of departure. 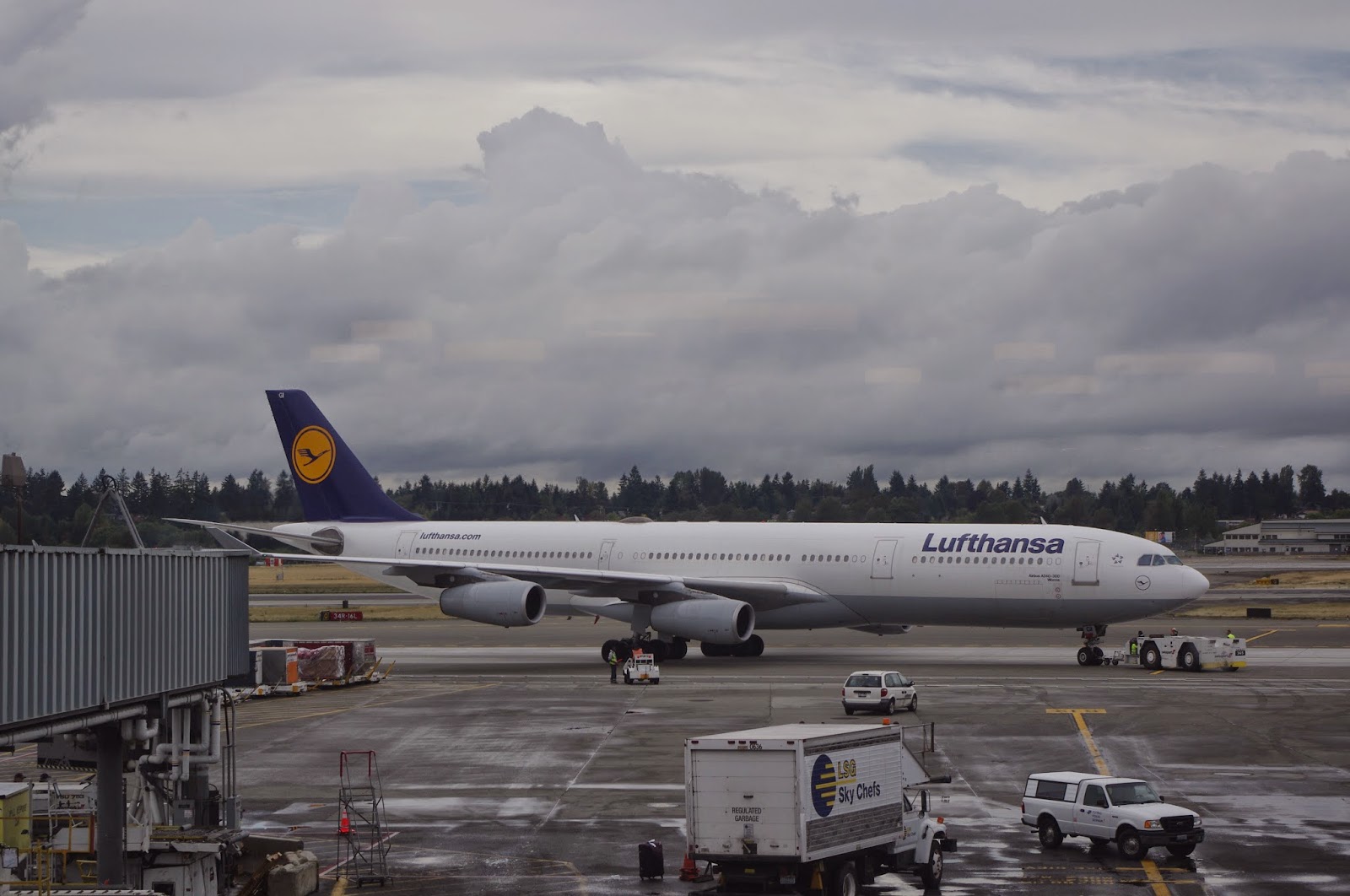 Another plane was loaded and ready to depart from my announced departure gate when I arrived there: a Lufthansa Airbus 340-300. And it’s a big sucker! What you notice right away are the four engines. It was towed out and took off a few minutes later . . . 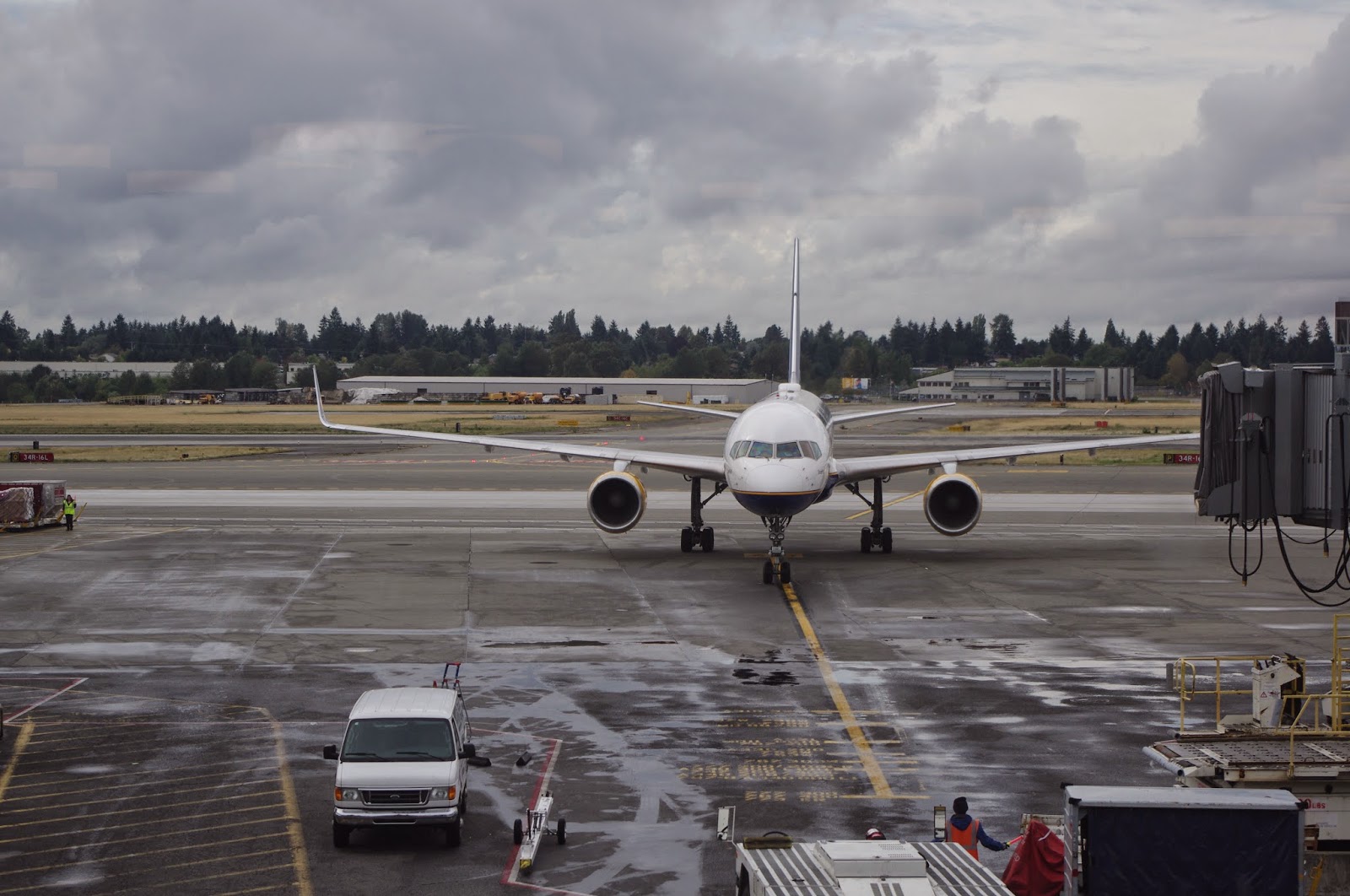 . . . right about the time the Icelandair plane — a Boeing 757 — appeared and rolled into the parking space under its own power. Next to the Airbus, it looked positively dinky. My trip to Paris involved two Icelandair flights: Seattle to Reykjavik; Reykjavik to Paris.
And I confess to making a rookie mistake when it came to seat selection. I usually check on the best seats by using SeatGuru, but since I know by heart that a window seat in the 15th row is the one I want on the 757s American Airlines uses between Maui and the mainland, I just automatically asked for 15A on the Icelandair 757. Of course, it has a different configuration and row 16 is an exit row, which means none of the seats in the 15th row will recline. Of course the guy in the seat in front of me reclined is seat for most of the trip.
Both flights were fine in every other way, except that economy class passengers have to pay for their food and drinks, and you don’t get very much for quite a lot of money. 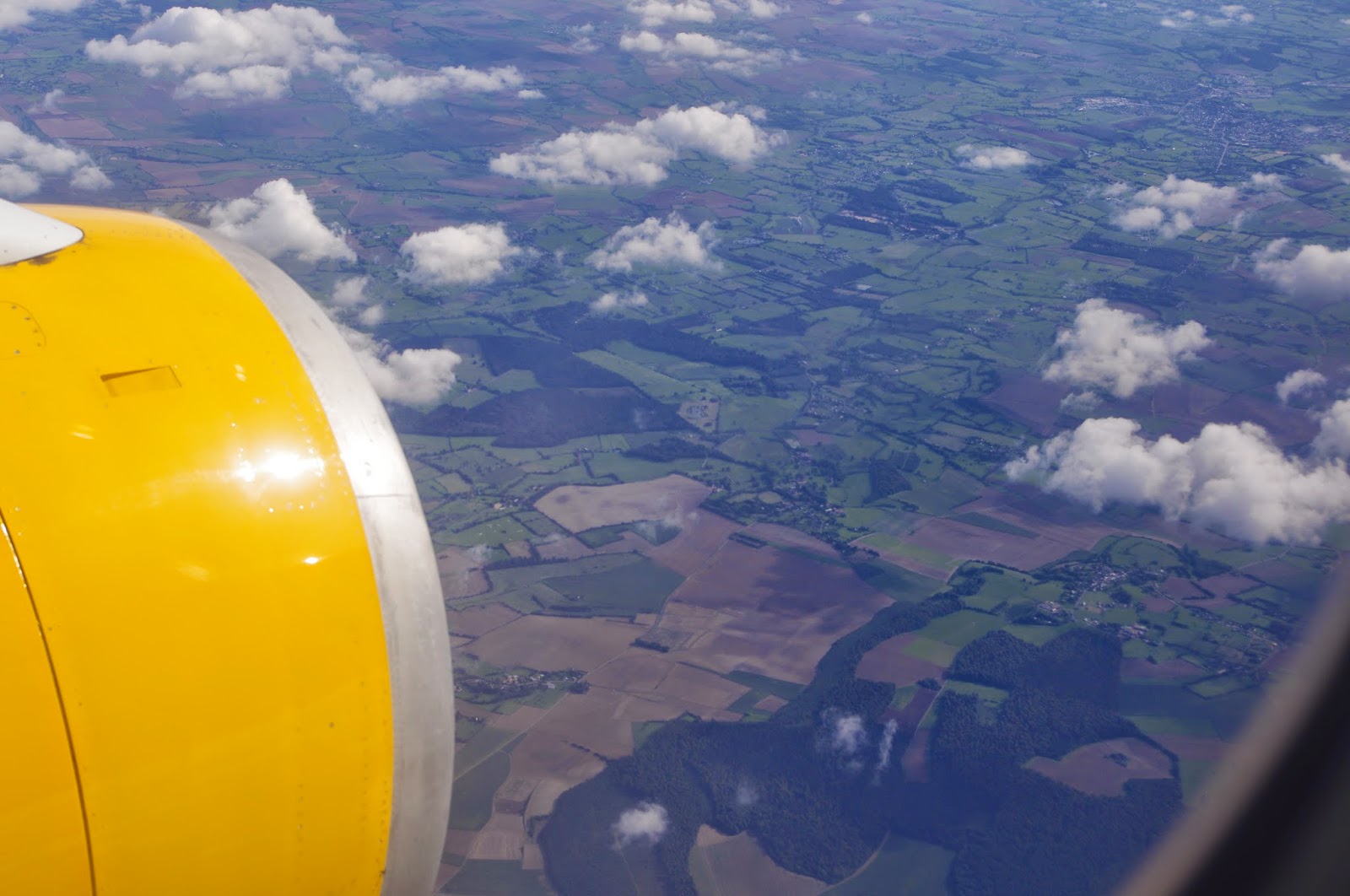 Seattle was cold and rainy. Reykjavik was the same — in fact, raining rather hard and quite a bit colder than Seattle. I must say I was impressed that there was a lot of activity at the airport in Iceland. In fact, there were no less than four Icelandair flights, all 757s, taking off ahead of us. It was raining when we took off, but cleared gradually during the flight to Paris and we got very nice looks at the pretty French countryside as we approached Paris.
One strange thing: All the passengers from the Icelandair flight collected their checked bags and followed the SORTI signs … right out of the building and onto the street. There was no Customs and no Passport control. We just got off the plane and strolled into France. No one looked at our bags, no passport checks, no nothing. I thought that was weird.

Previous Traveling Again.
NextGeneral Rule for Paris Hotels: the Lower the Rate, the Smaller the Room.