General Rule for Paris Hotels: the Lower the Rate, the Smaller the Room.

Jim Loomis September 26, 2014 All Posts 2 Comments
We’ve all read about the fancy hotels here in Paris, the ones with real class that have been around for many, many years and cater to the crème-de-la-crème. The first one that comes to mind is the George V, now run by the Four Seasons, and where a standard room will set you back 1350 euros a night. That’s $1720 to you and me! 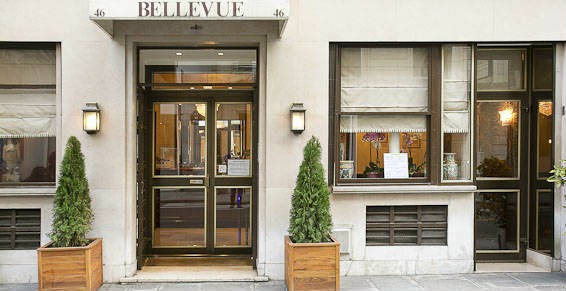 Me? I’m staying at the Hotel Bellevue, a typical, modestly-priced Parisian hotel in the 8th Arrondisement not far the Gare Du Nord and reasonably close to both Gare Montparneasse and Gare De Lyon. It has everything you really need as a guest … with the emphasis on “really need”.
I have landed in one of the smaller and least expensive rooms — which is fine by me, I hasten to add — the rate for which is 95 euros a night. At today’s currency exchange rates, that’s $120. For the price of one night at the George Cinq, I could stay here for two weeks!

First impression upon opening the door: it’s very small, roughly 10 x 15 feet. There’s a queen-sized bed that’s quite comfortable, but the decor — drapes, wall coverings, furnishings — is all various shades of brown, which doesn’t do a lot for first impressions. There is a flat screen TV mounted on the wall opposite the foot of the bed (there’s no room for anything to put it on), a wardrobe and a small desk and chair. The photo makes the room look bigger than it actually is. 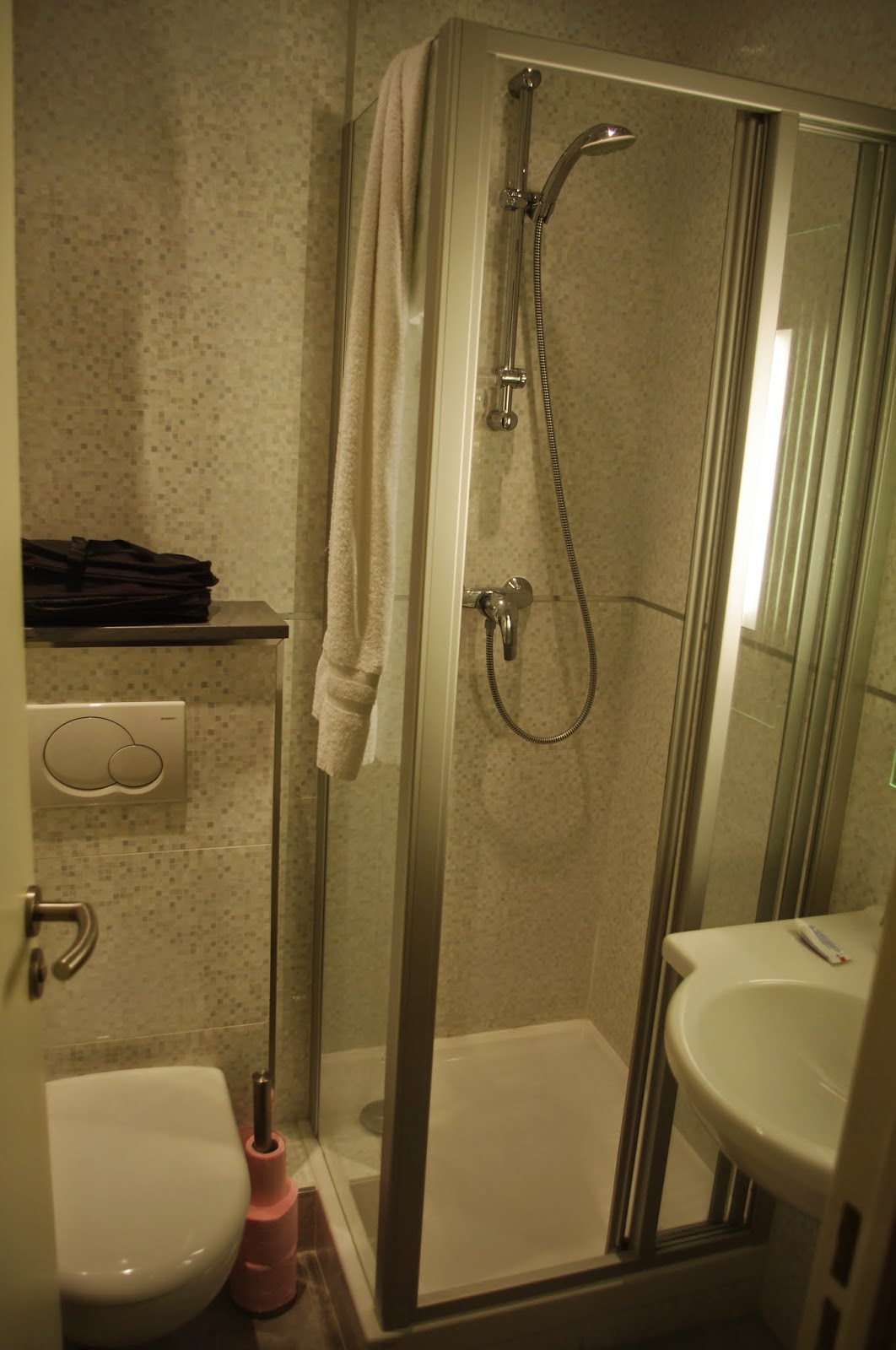 The bathroom has everything, but it, too, is small. The door to the stall shower is narrow and I have to enter and leave by angling my shoulders a bit, probably something I would do instinctively anyway. Oh, and toweling off after a shower requires extending one arm back into the shower stall. That said, all the bathroom facilities are modern and clean and work perfectly.
By the way, the European toilets all have two different flush options — one uses a small amount of water, the other several times more. It’s quite sensible, of course, and I would hope toilets in the U.S. are starting to become available with that feature. It should be standard … certainly in areas of the country where there is any possibility of water shortages.
The elevator in this six-story building has a capacity of one … two, if you’re extremely well acquainted. And what we refer to as the second floor, the French say is le premier étage, the first floor … causing no end of confusion among visiting Americans. Of course, most Americans find the French to be confusing in general.
Finally, it is appropriate to add here that the Hotel Bellvue is run by the Tourdes family, who could not be more cordial or more welcoming. I don’t know what the equivalent would be in French, but in Hawaii, we call it ‘aloha’.
Tomorrow I’m off to the Dordogne.

Previous Seattle to Reykjavik to Paris …and No One Knows I’m Here!
NextFrom Brive-la-Gaillarde to Domme and An Incomparable View.