When Television Was New and Cars Grew Fins.

Jim Loomis May 22, 2014 Baseball 0 Comment
I suppose it’s a sure sign of approaching an advanced age when we realize how dramatically things have changed since we were kids … and can’t stop talking about it.
For instance, I remember discussions among serious adults as to whether or not this new electronic thing called televisionwas ever going to catch on. Most of us thought of it as just being able to see what were, in effect, radio broadcasts. And why, folks asked, would we want to watch people standing around a microphone reading scripts?

The first televised athletic event I ever saw was in Webster Groves, Missouri, where I was visiting my grandparents. It was a baseball game between the St. Louis Browns* and the Boston Red Sox and it was being shown on a TV set placed in the display window of an appliance store. The little screen was facing out onto the sidewalk in front of the building and store management had rigged a couple of speakers so the sound was piped outside, too. There were even several benches for the convenience of folks who were interested in seeing how this new electronic miracle worked. I realized some years layer that a lot of retail stores introduced folks to television in this manner.

My dad loved new cars and it was his fervent belief that the smart thing to do was buy a new car every two years. And so he did. He’d walk into a dealership, pick out a car, and say “I’ll take that one”, never once engaging in anything as crass as haggling over the price. He favored Buicks and loved the fact that the local Buick dealer in Hartford, Bill Hart, knew him and called him by name. Of course he did! 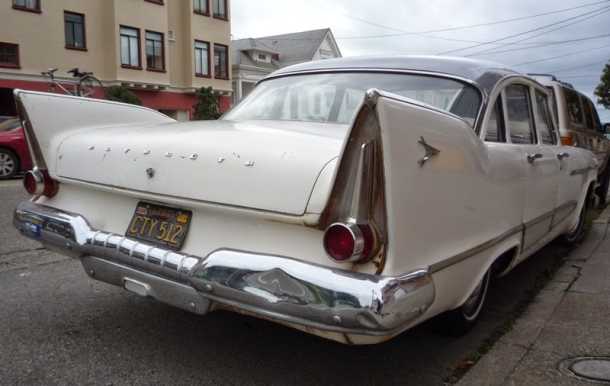 Those were the days when the carmakers came out with a new body design every year and, believe me, it was a big deal: “Hey, Michael! I saw the new Plymouth today! And guess what … it’s got FINS!”
I also remember my dad showing off one of his new Buicks to a pal and saying that he had briefly considered buying a new Ford. “But it cost $1400”, he said. “And I can’t imagine ever paying more than a thousand bucks for a Ford!”
*In 1951, the Browns moved to Baltimore and became the Orioles.