Jim Loomis April 09, 2014 Air Travel Advice, All Posts, Europe, Hawaii 1 Comment
I’ve been making plans for another visit to Europe, using a combination of American and Hawaiian Airlines miles and cash for the over-water segments, depending on which is more advantageous.
The other night, I was working on my return and, according to the American Airlines web site, could get a Paris-New York flight for 30,000 miles. Not an American Airlines flight, but on British Airways, one of American’s partner airlines. It’s a major airline and the flight times were fine, so I booked it.
A half hour or so later, comes an email from American with all the confirming information. But it was then I noticed something on the itinerary they included: OPERATED BY OPENSKIES.
OPENSKIES – all one word – what the hell is that, anyway? 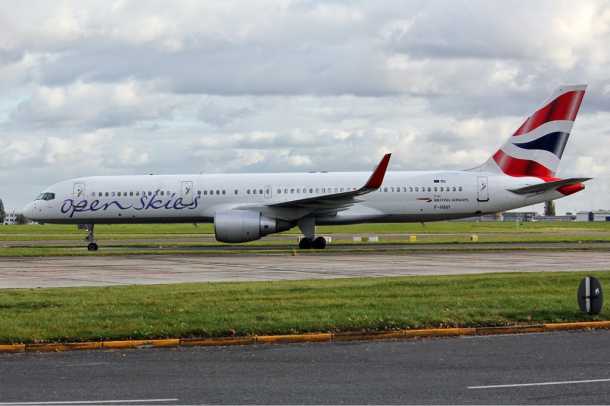 It didn’t take long to determine that OPENSKIES is an airline … a subsidiary of British Airways. Further checking revealed that the OPENSKIES “fleet” consists of three – That’s right: three!– Boeing 757s.
Further checking – Ain’t the internet grand, folks? – uncovered a lot of reviews of OPENSKIES by former passengers, some praising the airline, others trashing it. A common complaint was the last-minute cancellation of flights with planes-full of passengers left stranded. (With a three-plane fleet, why are we not surprised?)
By now I had serious reservations, as you would imagine, but the tipping point came when I discovered it would cost 35 euros (that’s 48 bucks!) to reserve a seat.
This morning I called American’s Aadvantage desk and a very nice lady switched me to an American Airlines flight. I will be leaving Paris a day early, but at least it will be in the open skies and not the OPENSKIES.

Previous They May Hear, But They Do Not Listen
NextIt’s a Dog’s Life … Well, For A Third of Them, Anyway.