From Portland to Milwaukee on Amtrak’s Empire Builder.

Jim Loomis October 19, 2012 Amtrak 0 Comment
The second leg of this rail journey is aboard Amtrak train 28, the Portland section of the Empire Builder, which includes two coaches and a sleeper. More importantly, there will be no dining car until we get to Spokane in the wee hours and meet the section of this train that’s originating in Seattle. The Builder will end its journey in Chicago; I’ll be hopping off in Milwaukee to attend a meeting of the National Association of Railroad Passengers. 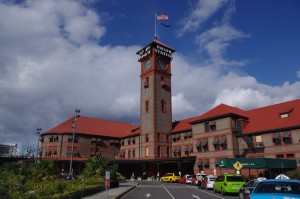 This rail jorney begins with a beautiful, sunny day in Portland – the natives treasure those — and at the city’s magnificent train station which, as you can see, is also to be treasured. 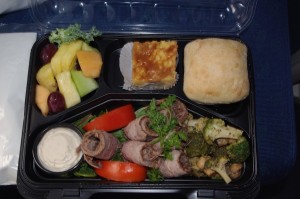 Absent a dining car, this is dinner for sleeping car passengers. I got beef. There were also chicken and shrimp versions, both gone by the time the car attendant reached roomette # 8. 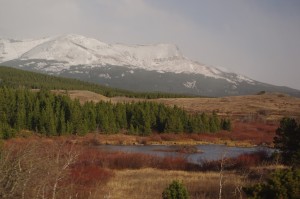 How’s this for something to discover when you wake up and take a look outside your rolling bedroom window? And some people wonder why I enjoy traveling by train! 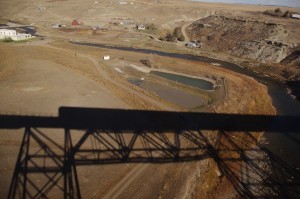 Later in the afternoon, and just before arriving in Cut Bank, Montana, the Empire Builder crosses a long, high trestle. That’s the shadow of my sleeper, car 2830, bringing up the rear of the train. Kind of an interesting shot. 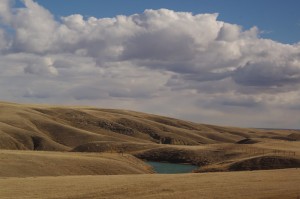 ﻿You have to take the Empire Builder across Montana on a day like this to really appreciate why this is called Big Sky Country.  Pretty spectacular.
This is being written and posted from my hotel room in Milwaukee where the NARP meeting will be taking place over the next three days. Then it’s back on the train … first to New Orleans, then on to Los Angeles and my fkight back home to Maui. Stay tuned.

Previous The Benson Hotel in Portland – An Oldie-But-Goodie.
NextNARP Volunteers Keep On Fighting the Good Fight