Great! But How About Some Superliners, Too?

We’re getting reports that Amtrak put out a Request For Proposals in June for 130 new Viewliner sleepers, with an option for an additional 70 of those cars.

This is very good news, because with every passing year, much of Amtrak’s fleet gets closer and closer to becoming … well … junk. A reasonable life expectance for a passenger rail car is something like 50 years and much of the Amtrak fleet is now 35 years old. 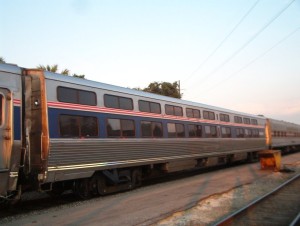 Viewliners are single-level sleeping cars with 12 roomettes, each capable of accommodating two passengers, two large bedrooms and one accessible bedroom designed for passengers requiring a wheelchair. (The second tier of windows shown in the photo above are for passengers sleeping in the upper berths.)

These sleepers are now used on most of Amtrak’s eastern overnight trains. Exceptions are the Auto Train, which runs between suburban Washington, DC, and Sanford, Florida, and the Capitol Limited, operating daily between Chicago and Washington. Both of those trains use Superliner equipment. 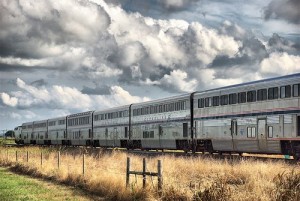 And, speaking of Superliners, it does seem to many of us that a new order for a hundred or more of these cars is at least as much of a priority as is more Viewliners. All of Amtrak’s western trains use the bi-level Superliners, which have proven to be popular and have served the public well.

The concern is that “tempus is fugiting,” as my wonderful, now departed father-in-law was fond of saying. There will likely be as much as a four-year lag from the time an RFP is put out until the first new rail car is delivered. It takes that much time for specifications to be drawn, bids to come in, a builder to be selected and for that firm to gear up for production and, finally, for production to actually begin.

Let’s hope we hear about an order for new Superliners soon. Before we know it, the old ones are really showing their age and will need to be replaced and/or pulled out of service for extensive renovation.

Previous Pass the Battens, Stand By the Hatches!
NextBig Number or Smaller Number, Up Is Still Up.