The frustrating thing when debating conservatives about passenger rail is trying to move the discussion off of ideology and onto the actual arguments. You run down your list of pro-rail arguments, then wait for their list of cons. It never comes—not thoughtful, serious ones, anyway—because most of them won’t go beyond their fundamental philosophical belief: passenger rail shouldn’t be subsidized. If we propose to increase increase ridership by adding frequency, they aren’t able to get past the idea that more trains will just mean bigger subsidies. And, since they don’t believe in subsidies, that’s where the discussion grinds to a halt. 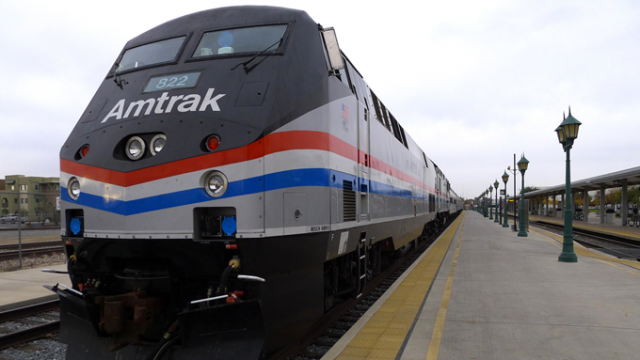 Well, perhaps not any more. In the current issue of The American Conservative, William Lind and Glen Bottoms have authored an article that appears at first to be outright heresy. The authors point out that conservatism, in its purest form, is about preserving good things from the past. And that, they say, should include passenger trains:

“These trains represent one of the good things from the past conservatives should work to conserve and expand: at present, passenger rail service in most of the country is a fraction of what it was 50 years ago.”

“Last year, House Republicans forced through a measure that drove a knife in Amtrak’s back. They put a legal requirement on Amtrak to end all losses on food and beverage services. … The only way Amtrak can meet the new mandate is to eliminate dining cars.”

They’re quite right about that, of course, and they go on to state the obvious: that coach passengers might tolerate a long rail journey with the only sustenance coming in the form of microwaved sandwiches from a café car, but sleeping car passengers wouldn’t. Then the authors actually pull a quote from an article I wrote for Consumer Traveler in which I was, in turn, quoting an authority on passenger rail:

It strikes me that this could be the first sign that at least some conservatives are ready to start looking at passenger rail in terms of societal benefit. That would be refreshing. In fact, it would be encouraging, because we’re more than ready to engage conservatives in a serious discussion based on the merits of our arguments. Let’s keep the dialogue going!

Previous Amtrak Needs to Fine-Tune Its Messages.
NextWhy Don’t We Have High-Speed Rail?