Amtrak’s Cardinal Should Be A Daily Train.

Jim Loomis August 25, 2014 Amtrak, Long-Distance Trains, Lounge Cars, Most Scenic Train Rides, National Association of Railroad Passengers, Overnight Trains, Transportation & Politics, United States, Viewliner 2 Comments
This is one of my favorite rides. The Cardinal runs between New York and Chicago, but it takes a meandering southern route that makes it, without doubt, one of the two or three more scenic Amtrak rides in the eastern part of the country.  After the westbound train leaves New York’s Penn Station, it heads down through the Northeast Corridor to Washington, then continues to the southwest.

One of its stops, about two-and-a-half hours after leaving Washington, is Charlottesville, Virginia, where Thomas Jefferson’s Monticello is located. I have never been there, but it’s moving up toward the top of my “must-see” list.


Three hours later, the Cardinal reaches White Sulphur Springs, West Virginia, which is where the famous Greenbrier resort is located.

But it’s really the scenery that makes this such a special ride. The Cardinal takes you across the Blue Ridge and Allegheny mountains, passes over the Appalachian Trail, runs through the Shenandoah Valley and then … 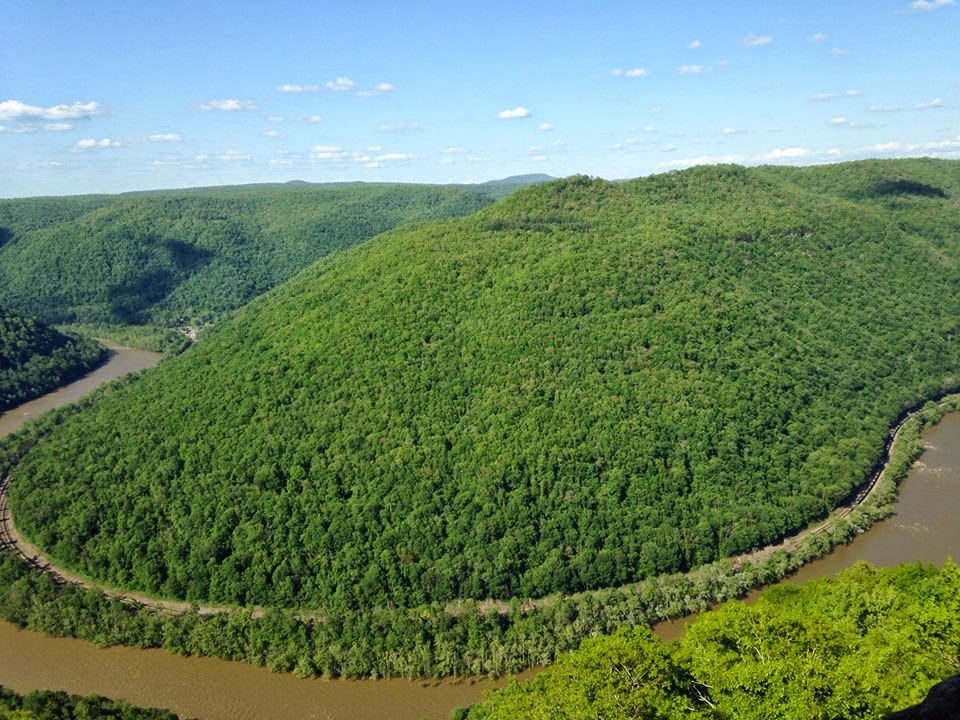 … into the New River Gorge. This is the highlight of the trip for me. The train switches from one side of the river to the other several times, so I head for the lounge car to relax with a beverage and catch the view from both sides. 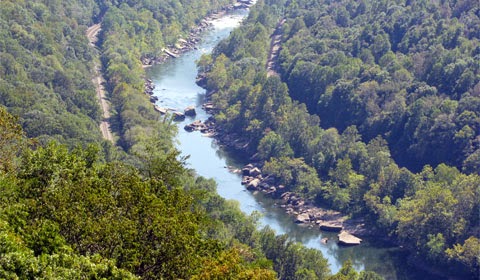 I always try to work in a ride on the Cardinal when I travel to the east coast, but’s not easy. This train only runs three days a week and, furthermore, it’s a small train with usually only one Viewliner sleeping car, so space is limited. Somehow it always seems that either it’s not running on the day I need to travel or there’s no space left in the sleeper. Very frustrating!
In fact, Amtrak runs two trains that operate only three days a week — the Cardinal and the Sunset Limited, which runs between Los Angeles and New Orleans. Both are constantly under attack by anti-rail forces because less than stellar ridership results in a high cost-per-passenger.
Yes, it sounds contradictory to say that, under the circumstances, those two trains should run daily, but the old railroad axiom Double the frequency, triple the ridership has been proven over and over. My difficulties in trying to ride one of my favorite trains is a good example and helps prove the point.
The good news is that within the past few years there has been increasing pressure from citizen groups to make both the Cardinal and the Sunset Limited daily trains. And indeed that ought to happen. Furthermore, NARP (the National Association of Railroad Passengers) is on record as supporting the increase in frequency for both trains. And we intend to keep the pressure on!

Previous I’m Getting Ready to Fly, So Cue the Volcano!
NextFirst the Airlines, Now the Hotels Are Nicking Us.