Planning for Some Long-Distance Train Rides.

Jim Loomis February 16, 2013 Amtrak, Long-Distance Trains, Train Travel Advice, VIA Rail Canada 0 Comment
Little by little over the past several weeks, I’ve been working on itineraries for several upcoming trips … all of which will, of course, involve train travel.
Early next month, I’ll be off to Buffalo, New York, for a three-day meeting of the board of directors of the National Association of Railroad Passengers (NARP). After flying into Los Angeles, I’ll be taking the Southwest Chief to Chicago and connecting there with the Lake Shore Limited to Buffalo. 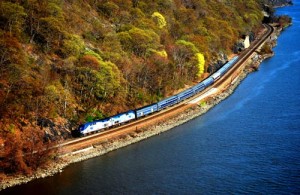 (It’s mid-afternoon in Buffalo as I write this and the temperature there is 22 degrees with light snow falling. I’m absolutely thrilled at the prospect of leaving Maui to spend three days there.)
I’ll leave Buffalo aboard the westbound Lake Shore back to Chicago, where I’ll connect with the California Zephyr for the trip back to the West Coast. I’m especially looking forward to crossing the Sierra Nevadas by way of Donner Pass. This time of year there will be heavy snow up there and it should be a spectacular ride.
Trip Number Two will be in mid-April when I head to the annual NARP meeting in Washington, DC. For that journey, I’ll fly direct to Chicago, then take the Capital Limited to Washington.
At the conclusion of the NARP meetings, I’ll take Amtrak’s high-speed Acela up to Boston for a few Red Sox games, then the train once again back to New York for a Broadway Show. Next it’s Amtrak’s Adirondack up to Montreal. After an overnight at the Queen Elizabeth Hotel and a great meal in their dining room, it’s a VIA Rail train to Toronto. 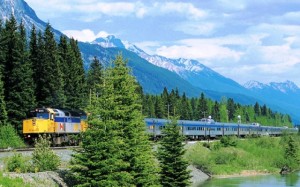 That’s where the real adventure begins: another fabulous trans-continental ride aboard VIA’s premier train, the Canadian. It’s a four-night journey passing through Sudbury, Winnipeg, Saskatoon, Edmonton, Jasper and – finally – Vancouver. I’ll get into more detail about this train later – and I’ll be posting here while aboard – but suffice to say for the moment that this has to be one of the world’s great train rides.

There will be one more trip later in the year … more about that another time.

Previous Coming to Hawaii? OK, But Watch Your Step!
NextWhy is American Airlines’ computer pickin’ on me?