You Just Gotta Love These Guys!

Over the years, Hawaii politics has produced bumper crops of characters. It may be true of every community, but it just seems as though we’ve had more than our fair share. For instance …

Richard Kagiyama was a member of the Honolulu City Council back in the 50’s and 60’s. When the Public Works Department had a road-resurfacing scheduled in Kagiyama’s district, he would knock on doors up and down the designated street the day before. 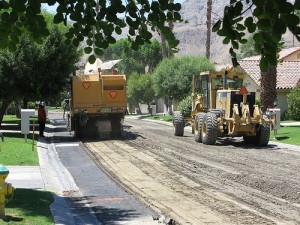 Kagiyama: “Good morning. I’m Councilman Richard Kagiyama. I couldn’t help but notice that there are a lot of pot holes in front of your house. Would you like the street to be repaved?”

Kagiyama: “OK! I’ll have them here first thing in the morning!”

Do you wonder why he kept getting re-elected?

Then there was Frank Loo, another member of the City Council. At one of the Council meetings, a measure allowing private citizens to carry mace was being discussed. A women testifying in favor of the proposed ordinance had a sample canister which, she said, would deter sexual assaults on women. Frank Loo scoffed and said a mere aerosol spray wouldn’t stop a determined rapist.

OK, says Frank, let’s try it out, and he lunged at the woman. She let him have a blast right in the face and the next thing anyone knew, the two of them were rolling on the floor of the Council chambers, Loo choking and gasping, the woman … well, she was just gasping.

A few years later, in one of May Frank Fasi’s cabinet meetings, there was a discussion about an issue, supported by the Mayor, that was currently being debated by the City Council.

One of the department heads reported that Frank Loo had just come out in favor of the proposal.

Previous ZZZZZZZZZZZ … Sleeping on a Train
NextLucky We Live Hawaii