Our Number One Problem.

There are those out there who really hate it when I digress and get into the area of politics. But I happened to see a number of lengthy video clips of Trump’s speech to a crowd of supporters in Montana a couple of nights ago and all I could think was, as responsible adults and voters, and for the sake of our grandchildren, we have got to start electing better people.

That means we’ve got to stop voting for extremists, whether right or left, and start giving fair and thoughtful considering to all truly qualified candidates … regardless of party … people of good will who are not rigid ideologues, right or left.

Most important, we have got to get the big money out of politics–money that can now be contributed anonymously and without limit and because today—and this is God’s truth—the special interests are running things. 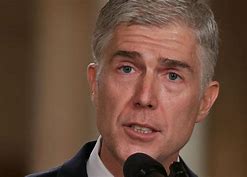 During the confirmation hearings for now Supreme Court Justice Neil Gorsuch, one of the senators—I believe it was Patrick Leahy of Vermont—said he was troubled by the fact that $17 million dollars had been raised to pay for a PR campaign promoting the judge’s nomination to the highest court in the land.

Why, asked the senator, would someone spend that kind of money trying to ensure Gorsuch’s appointment?

Gorsuch replied, “I don’t know, senator. Why don’t you ask them?”