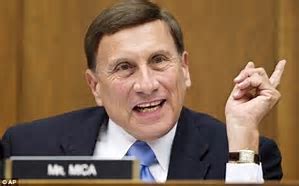 John Mica may be gone from the Congress, but his legacy remains and it’s still giving us heartburn. Thanks to Mica and his constant harping, it has somehow become accepted as fact that Amtrak should be making money on its food service … or breaking even at the very least. Really? Who says so? Where is that carved in stone?

In the Golden Age of train travel, the dining car experience was a marketing tool, not a profit center. The railroads promoted their food service; they lured passengers and increased ridership with advertising that often touted gourmet meals prepared on board. But as far as I know, the railroads never made a profit on their food service.

Providing a first class dining experience to thousands of patrons in rolling restaurants is a complicated and costly business, but the great railroads recognized it as necessary. So, indeed, did the people running Amtrak throughout most of its history.

An individual who spends some of his time visiting this site recently made an insightful observation: An airline–ANY airline–offering a First Class service in their planes, would never expect to make a profit on just the food it provides to those passengers. They would certainly expect that their First Class service as a whole would make money, but certainly not on the food only. I don’t know how the bean counters would compute that anyway.

Frankly, instead of trying to cope with then-Congressman Mica’s unreasonable demands, I really don’t know why Amtrak didn’t just fudge the numbers. Think of all the trouble they might have avoided if their vice president for government affairs had just gone to John Mica a dozen years ago and said Amtrak is now breaking even on their food service. “Here are the numbers, Congressman. Now get the hell off our back.”

Just think! Amtrak has been taking all kinds of flak and angering their best customers because of their relentless cost cutting when all they really had to do was cook the books a little–something everyone thinks they’ve been doing for years anyway–and we might still have dining cars on all long-distance trains. And who knows? We might even have gotten rid of John Mica years sooner.