Jim Loomis September 12, 2014 Amtrak 0 Comment
In another week or so, folks back east will be enjoying those wonderful crisp Fall days when the trees have turned color. Over the next few days, I want to recommend three Amtrak trains that provide the unique opportunity to relax in comfort and have magnificent views of the Fall foliage pass by right outside your window. 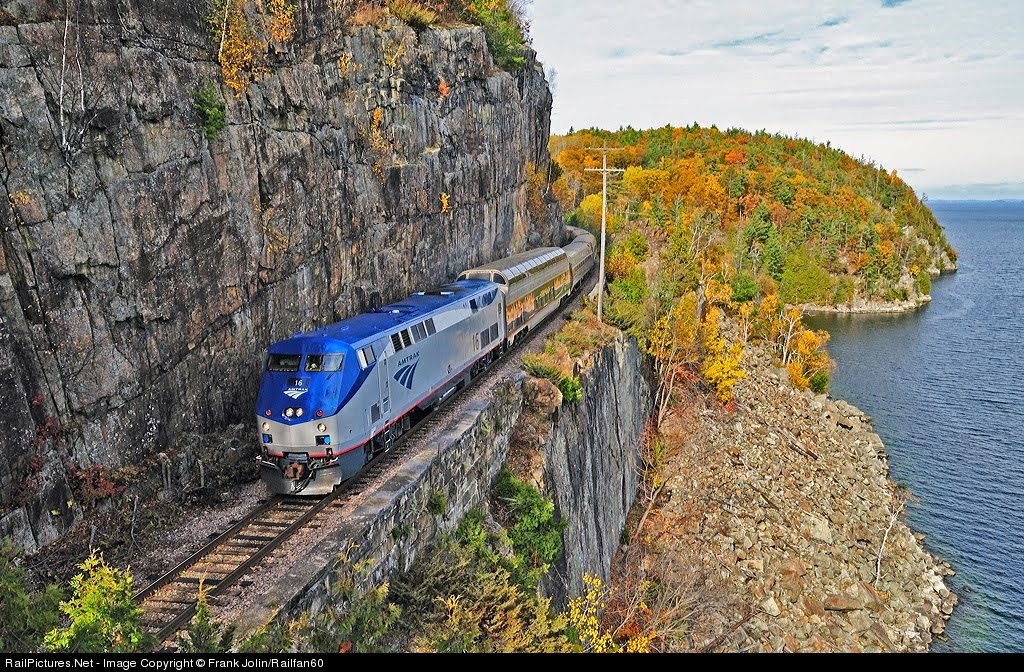 Number One on my list is the Adirondack, shown here running alongside Lake Champlain. This train operates daily in both directions between New York City and Montreal and it passes through lovely countryside virtually the entire way. It’s a beautiful trip any time of the year, but really special in the Fall … and right from the get-go.

For the first two hours or so after departing Penn Station, the northbound Adirondack runs along the eastern bank of the Hudson River, first passing almost literally through the middle of he infamous maximum security Sing Sing Prison. Then, a few minutes later, over on the western bank of the river, you get a nice view of the U.S. Military Academy, West Point. 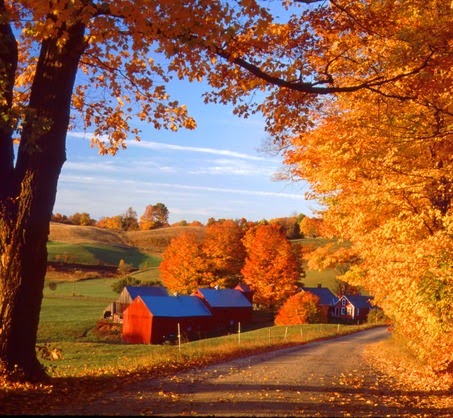 Albany, New York State’s capital city, arrives about two-and-a-half hours into the ride and, an hour later, right around noon, the Adirondack stops at Saratoga Springs. This is where New York City upper crust vacationed in the latter part of the 19th century. And near here, in October of 1777, General John Burgoyne army of nearly 6,000 British and Hessian soldiers was routed by an American force led by General Horatio Gates. Historians consider the Battle of Saratoga a turning point in the Revolutionary War.

The Adirondack’s next stop of particular interest comes around 1:15 p.m. It’s the little town of Ticonderoga, so named for the imposing stone fort that still stands overlooking Lake Champlain. Fort Ticonderoga was captured by the Continental Army and its guns were transported through the dead of winter on sleds hauled by oxen more than 300 miles to Boston where they helped end the British occupation of that city. If you have the time, both Saratoga Springs and Ticonderoga are worth an overnight stop.
After leaving Ticonderoga, and for the next six hours, the Adirondack continues to head almost due north, and if you’re traveling around the middle of October, take it from me, you’ll be dazzled by the countryside absolutely ablaze in color. 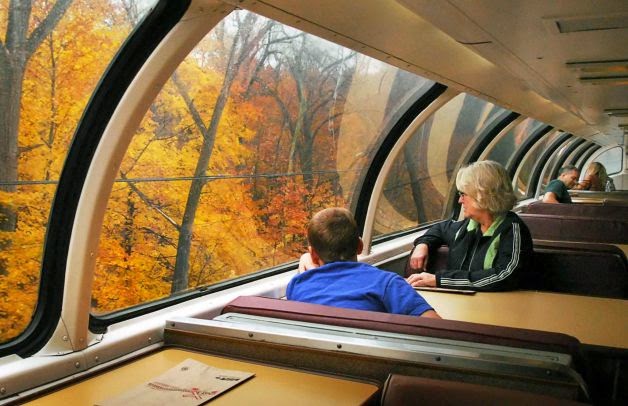 As a big bonus, from September 25 through November 4, Amtrak will be adding its dome car to the Adirondack consist. This classic car will be on the northbound train every Monday, Thursday and Saturday; and on the southbound train on Tuesdays, Fridays and Sundays. There will be no dome car in either direction on Wednesdays.
One final bit of advice: If you have a choice, take the northbound train because more of the run is during daylight hours. Heading south, especially in the Fall when the days get shorter, that very pretty stretch south from Albany along the Hudson River into New York City will mostly be at night.