Jim Loomis September 13, 2014 Amtrak 2 Comments
I’m sure there are veteran train travelers out there who will disagree, who will have their own particular favorite train for viewing the Fall colors. But for my money, acknowledging the Adirondack as Number One, my next two choices would be the Downeaster and the Cardinal.
(Yes, yes, I know … I’ve omitted the Maple Leaf and the Vermonter and either one would make a grand choice. I just think the Adirondack is more scenic and the Downeaster and Cardinal are special in their own ways and for different reasons.) 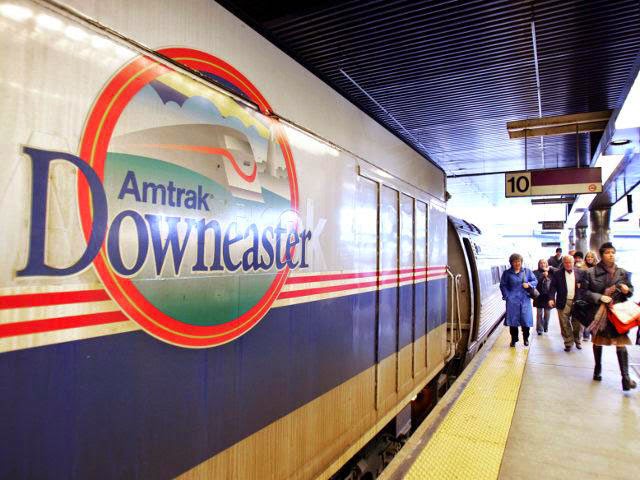 For one thing, the Downeaster has five roundtrips every day, departing from Boston’s North Station and running northeast through New Hampshire and up into Maine, where it stops at Old Orchard Beach, Portland and Freeport before terminating in Brunswick. In all, it’s about a three-and-a-half hour ride. The beauty of the multiple departures is that you can make it a day trip, starting from Boston and going up to Old Orchard Beach or Portland, have a nice lunch, and head back … all with incomparable Fall colors of New England in both directions. And, of course, you can start from up north, too. 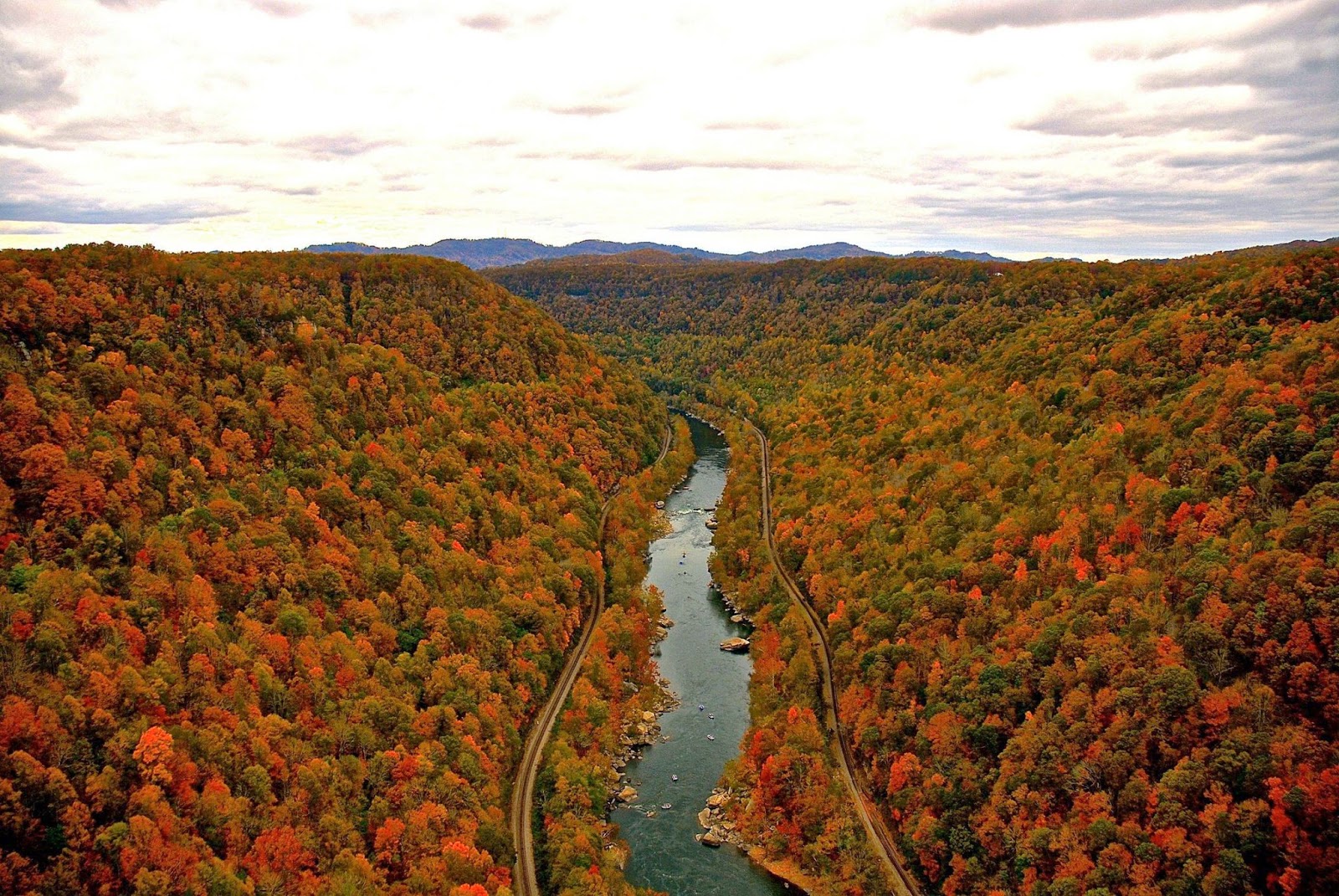 As you regulars know very well, I really like the Cardinal. It is, at least in my opinion, the most scenic of all Amtrak’s eastern trains, originating from either Chicago or New York, it’s route takes it over the Blue Ridge and Allegheny mountains, across the Shenandoah Valley, and through the New River Gorge (photo above). It’s a gorgeous ride anytime — I confess, however, I have not done this ride in the winter — but taking the Cardinal in the Fall will certainly ratchet the experience up several notches.
Of the several trains mentioned here, the Cardinal is the only one that is an overnight ride and I have had some friendly arguments with other train travel aficionados as to which is the better direction for the best scenery. Personally, I prefer the westbound train, but I guarantee you’ll be delighted either way.
One final note: remember that the Cardinal runs only three days a week, the westbound train number 51 departing from New York on Sundays, Wednesdays and Fridays, and train number 50 heading east from Chicago on Tuesdays, Thursdays and Saturdays.
And, yes … for the umpteenth time, the Cardinal should be a daily train!