The Feds Are Finally Going To Get an Earful About Late Trains.

Jim Loomis September 09, 2014 Amtrak, Long-Distance Trains, National Association of Railroad Passengers 0 Comment
Just about everyone knows that Amtrak’s on-time performance has deteriorated system wide over the past year. Much of the attention over the past year has been focused on the absolutely awful OTP of the Empire Builder, operating every day in each direction between Seattle or Portland on the west coast and Chicago. While there was a lot of terrible winter weather, the main reason was the huge increase in the number of BNSF trains carrying crude oil from North Dakota and competing for priority. Actually, it wasn’t much of a competition: BNSF persistently gave preference to their freights and the resulting delays experienced by the Empire Builder were unprecedented. Late arrivals of as much as 10-12 hours were not unusual. 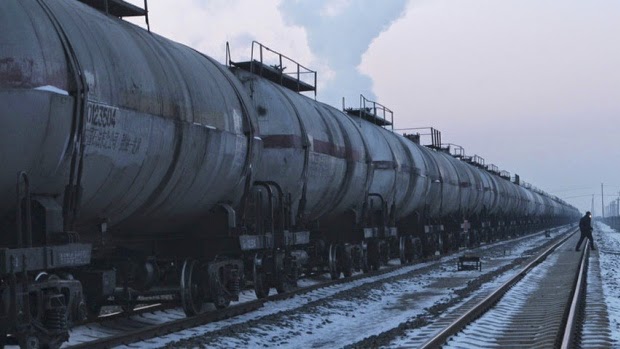 Giving crude oil preference over people is unacceptable, and at one point, the National Association of Railroad Passengers (NARP) formally asked Secretary of Transportation Anthony Foxx to intervene on behalf of railroad passengers. He declined, saying it was an issue better handled by the Federal Railroad Administration, however there have been two significant developments over the past few days.
First, a couple of prominent senators in Washington have said they will be submitting legislation to beef up the Surface Transportation Board, whose function is to review proposed railroad mergers and settle disputes involving service issues. Specifically, this proposal would permit the STP to initiate its own investigations without having to wait for a complaint to be filed. Furthermore, this is at least starting off as a bi-partisan effort because the legislation is being put forth by Senator Jay Rockefeller, a Democrat from West Virginia, and a Republican senator from South Dakota, John Thune.
And, second, Amtrak has stepped up and asked the aforementioned STB to look into the problem of late trains on their route between Carbondale, Illinois, and Chicago. If this sounds familiar, it should, because a few days ago, Senator Dick Durbin (D-Illinois) took an unusual public shot at Canadian National, the railroad that owns and controls much of the track over which Amtrak trains pass on their way into Chicago’s Union Station.
It seems to me quite unusual for Amtrak to not only complain publicly about the freight railroads, but to do so formally to a regulatory body of the federal government. O course this is not the first time Amtrak has complained about their trains being held up in favor of slow-moving freights, but they’ve habitually gone directly to the freight railroads and done their griping in private.
My reaction? It’s about damn time!
There’s a wonderful kind of irony to all this. There are a distressingly large number of people in Congress who are philosophically opposed to any government subsidy of Amtrak and they are constantly badgering Amtrak to cut costs. Fine! But what about the costs Amtrak is incurring as the result of all these late trains? Passengers have to be accommodated. Buses are chartered to take them to their destinations because a connection was missed. Passengers have to be fed and put up in hotels, all at Amtrak’s expense. Money is refunded. And future business is lost.
Back before this past winter and prior to the recent oil boom in North Dakota, I raised this issue with an Amtrak official and asked for an estimate of their annual out-of-pocket cost as a result of “misconnects” which I could include in the new 4th edition of my book, ALL ABOARD-The Complete North American Train Travel Guide.  The number I got back was $140 million. (Personally, I have to believe the actual number is a lot higher because that’s the same figure they gave me three years ago for the third edition.)
But I’m sure you see the point: If these Republicans in Congress are so damn upset over Amtrak’s pathetic little subsidy, why aren’t they willing to do something about all the money Amtrak is being forced to spend because of misconnects that are caused because the freight railroads refuse to give priority to Amtrak trains?
Well, we shall see. Let us hope the Rockefeller/Thune bill passes. I haven’t heard anything official yet, but I’m sure NARP will be there right up front testifying in support of this legislation.
Once the bill is drafted and has a number attached to it, I’ll pass that information along and provide you with a link on the NARP web site that will assist you in contacting your representatives … for which I do most sincerely thank you in advance.

Previous Add El Chepe and the Copper Canyon to Your Train Travel Bucket List.
NextLife in Economy Class Ain’t What It Used to Be.