The people who constantly generate anti-Amtrak editorials and op-ed pieces in the media drive me crazy … especially when they go after Amtrak’s long-distance trains. In most cases, they either make unsupportable statements or get their “facts” completely wrong.

The former group reminds me of the line that originally came from Lucy in an old Peanuts comic strip: “If you can’t be right, be wrong at the top of your voice!” 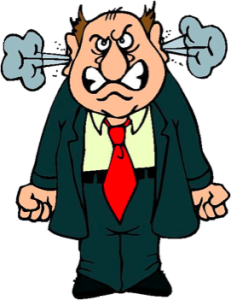 Case in point: the people who immediately and loudly blow off those trains with “Just a big waste of money … another damn gummint boondoggle!”

See? No further thinking required. Now they can all go back to their football game.

Then there are the people – more often than not the anti-rail members of Congress who should know better – who love to beat up on Amtrak’s long-distance trains. To hear them tell it, U.S. taxpayers are picking up the tab for wealthy seniors who are traveling in subsidized luxury from, for example, Chicago to Los Angeles on the Southwest Chief. 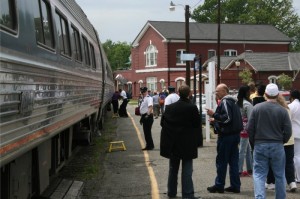 The fact is, most of the passengers on all of Amtrak’s long-distance trains are traveling between two mid-points along the route. And they are doing so because there is no alternate means of public transportation or because it’s cheaper to go by train than by air.

The Southwest Chief is Amtrak’s daily train that runs between Chicago and Los Angeles, a trip that takes just over 46 hours. But, on average, 60 percent of the Chief’s passengers are aboard the train for 10 hours or less.

Some may be traveling from Kansas City to Chicago, a total of 437 miles. An Amtrak coach seat for that trip costs $52. Want to fly? Last time I checked, that’ll cost $121.

Or, if you live in Flagstaff, Arizona, and have to travel 350-plus miles to Albuquerque, New Mexico, a ticket on the Chief will cost you $58. If you’d rather fly, the cheapest ticket I could find was $108, and the flight included one stop.

And here’s the punch line to all this: Most of those short-hop, regional airlines get federal subsidies to provide that service! When was the last time you heard one of those rabid anti-subsidy members of Congress complaining about that?

Ironic, eh? Frustrating, too, because many of the people spouting all that nonsense were elected – and are being paid with tax dollars – to know better.

—————————————————————————–
You can help support more and better trains for America by becoming a member of the National Association of Railroad Passengers. Click here to learn how.

Previous Amtrak Passengers Catch a Break, and a Fool Speaks Up
NextA Big Plus to Many Amtrak Long-Distance Trains