Amtrak Passengers Catch a Break, and a Fool Speaks Up 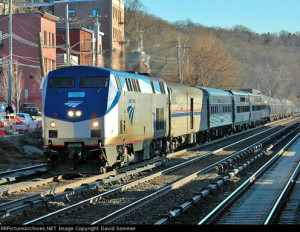 Over the past couple of years, there have been several stories (and –ahem! – blogs) about U.S. Border Patrol people boarding Amtrak trains in the middle of the night and rousting passengers who look as though they might be illegals. Many of the complaints have come from passengers on the Lake Store Limited, the daily Amtrak train running between Chicago and either New York City or Boston.

Mind you, the train never comes within 50 miles or so of the Canadian border, but that’s apparently close enough. Obviously, passengers rousted from sleep in the middle of the night and being asked to produce identification have not been happy about the intrusion. Now comes word that the practice has apparently, and quietly, been stopped.

Mark Twain said it’s better to let people think you’re a fool than to open your mouth and remove all doubt. Case in point: In today’s Washington Post, columnist Robert Samuelson tells us how to go about cutting the federal budget and, specifically, refers to Amtrak as “non-essential transportation.” I find it astonishing that it’s possible to display such monumental ignorance and ideological bias in just three words.

Here’s an idea: Let’s test his theory by shutting down the entire Amtrak system for three days this week, and giving Samuelson’s home phone number to everyone affected.

Previous Two great ways to save or travel FREE on Amtrak.
NextPeople Attacking Amtrak’s Long-Distance Trains Mostly Get It Wrong.