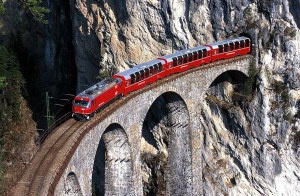 I think the one train ride I remember as being the most spectacular was the Bernina Express, which we took from Tirano in Northern Italy across the Alps to the Swiss town of Chur. It’s a narrow gauge train because of the steep grades and sharp curves. And the pace is leisurely, which is really perfect, because you certainly wouldn’t want to speed through all those mountain passes. The train windows are huge for optimum viewing and, as you would expect from the Swiss, they are sparkling clean. 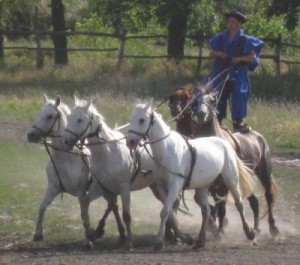 On one of our two trips to Hungary, we witnessed one of the most amazing displays of horsemanship I’ve ever seen. It was on the pusta, the great Hungarian plain. The highlight of the demonstration occurred when one of the cowboys – the Hungarian word is csikós (pronounced CHEE-kawsh) – raced past us with a team of five horses at flat-out gallop – three in front, two in back – while standing on the backs of the two horses in the rear. He held the reins for all five horses in one hand, and was furiously cracking his bullwhip in the other. It was a very big WOW! 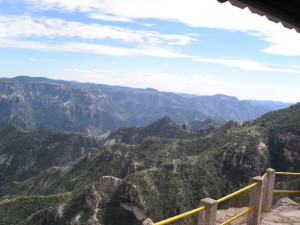 When on the subject of my more memorable travel experiences, I couldn’t possibly forget the spectacular train ride though the Copper Canyon in Mexico, which is, believe it or not, five times bigger and a thousand feet deeper than the Grand Canyon. The one moment I remember most vividly was stepping to the wooden railing at the rim – this was in the town of Divisidero – and gazing into the canyon and seeing buzzards circling lazily far below me.

Years ago, way back in Connecticut, I worked with a woman who saw no need to travel. In fact, she told me – rather smugly, I thought – that she had never been farther north than Boston or farther south than New Haven. I thought that was amusing at the time. Now, thinking about her again after all these years, I realize how sad it was.