Another Amtrak Passenger Hassled by Authorities

A couple of posts back, I wrote about a businessman being rousted from his roomette on the California Zephyr by the Nebraska cops in Omaha. It was 5:00 in the morning and, after being questioned and his luggage searched, they departed with nary a word of explanation. I asked a friend of mine – a judge – about that and was told that the cops are generally given a lot of leeway when they have a reason for taking that kind of action. You can protest and refuse, of course, but run the risk of prolonging the hassle. How often does something like this happen? I dunno … but here comes the report of another incident that makes us wonder about what’s happening to our personal freedom. 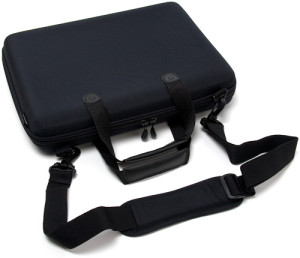 Last year, a grad student holding both U.S. and French citizenships was heading back to New York on Amtrak’s Adirondak following a visit to Montreal. The border patrol people came on board and when they got to this young man, they told him to turn on his laptop and enter his password so they could see what was on his hard drive. The story is a bit unclear, but I gather he objected and, for his trouble, was taken off the train, grilled for an hour, then finally released … but they kept his laptop. So why was he singled out? No idea, but the young man was angry – and who wouldn’t be? So he went to the ACLU and they filed suit on his behalf. If nothing else, he wanted his laptop back. He is, after all, a graduate student and presumably much of what was on the laptop had to do with his academic obligations. 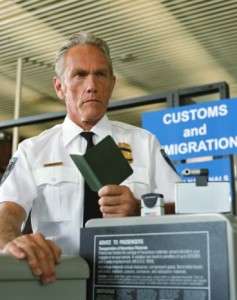 But here’s the rub: Two weeks later, he flew to the UK and when he came back into this country was taken into a room and grilled by immigration people for over an hour. Clearly, he is now flagged in the government computers and he’s now convinced he’s a marked man, due to be hassled whenever he travels. Why? Because he didn’t think the government should be able to search his hard drive just for the asking.

We’re all aware of the threat of terrorism and we expect the cops to do their job effectively in preventing bad things from happening. But at what price? I have no idea what the answer is. If confronted by an incident like these, I guess each of us, as individuals, must decide where we personally are willing to draw the line – go along or refuse. Either way, it sucks.