Introducing A New Generation to Amtrak

When my daughter was about nine, we took a 10-day trip together — just the two of us. It was designed to let her sample two of my great passions in life: train travel and the Boston Red Sox. The itinerary included Oakland, Seattle and Chicago, ending up in Boston where we saw the Red Sox play several games in Fenway Park. And it was all done by Amtrak. In her 30s now, with a 3-year-old daughter of her own, she still remembers that trip and says she wants me to take her little girl on a long-distance train ride as soon as she’s old enough. 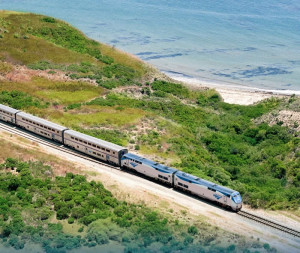 I have another granddaughter living in San Diego who is old enough, and in late April she and I, along with my other daughter, will be taking Amtrak’s Coast Starlight on the overnight ride from Los Angeles to Seattle. The two of them will fly back to San Diego from Seattle, while I continue on to the East Coast for a NARP* meeting in Washington, DC. 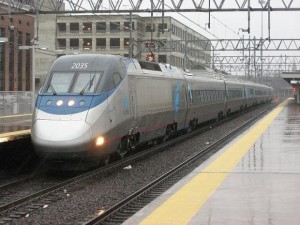 That’s where my Honolulu brother-in-law comes in … literally. He’s heard me talk about both train travel and the Red Sox over the years and has finally decided to see what it’s all about. He’ll join me in Washington as the NARP meetings conclude and from there the two of us will take Amtrak’s high-speed Acela up to Boston where we’ll see several Red Sox games. Then it will be the Lake Shore Limited to Chicago, connecting with the Empire Builder to Seattle. We’ll overnight there, then ride the Coast Starlight down to Los Angeles before hopping separate flights back home … me to Maui, him to Honolulu.

There are no guarantees, of course, but I’m betting that by the time he gets home, he’ll be convinced that trains are the only civilized means of travel left to us. As for my 9-year-old granddaughter? Well, that’s a crap-shoot, but if she’s as smart as I think she is …