Will The Big Guns Help Amtrak Run On Time?

On-time performance for Amtrak trains has been a problem for years. Sometimes there’s a stretch when it’s not so bad, but it seems those times are invariably followed by a period when trains are often very late.

A couple of years ago, for example, my wife and I were on the Coast Starlight traveling from Seattle to Los Angeles. Scheduled arrival time in LA is 9:00 p.m., but we were running seven hours late, meaning a 4:00 a.m. arrival in LA. So instead of a reasonably good night’s sleep in a hotel, we taxied straight out to LAX and waited six hours for our 10:00 a.m. flight home to Maui. Ugh. 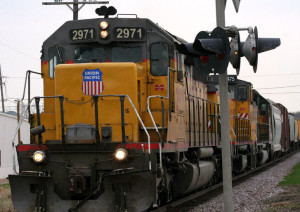 With the exception of the Northeast Corridor (Washington-Boston), Amtrak trains operate over track owned by the various freight railroads. Most of the delays occur when Amtrak has to dawdle along behind slow-moving freight trains or gets shunted off onto sidings to allow freights to pass. Theoretically, the freight railroads are supposed to give Amtrak priority, but that’s not always done and, in fairness, it’s not always possible.

But it’s a big problem because all those late arrivals mean extra expense for Amtrak. Passengers miss connections and have to be put up in hotels and/or sent to their destinations by chartered bus. The last I heard, these delays cost Amtrak something like $130 million a year. God knows what it costs Amtrak passengers, who incur extra expense, too. (On our Coast Starlight trip, we were no-shows for a hotel in LA and had to pay for the room anyway.) 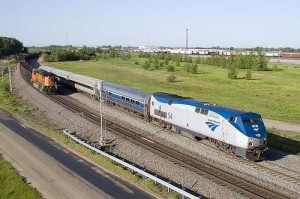 Something has to be done and some politicians in Illinois have stepped up to the plate with that in mind. Passenger trains in Illinois are currently running on schedule only 44 percent of the time. Two congressmen, Phil Hare and Ray LaHood, along with Senator Dick Durbin, have contacted the CEOs of the Burlington Northern Santa Fe (BNSF), Canadian National and Union Pacific asking them to submit a plan that would boost on-time performance to at least 85 percent. We shall see!

In fact, we really will see. I’ll be in Chicago attending a conference next week and will be catching Amtrak from there for the three-hour ride to Galesburg. I’ll let you know how it goes.