About five years ago, my wife and I were in London where I was attending a business conference. There were meetings and panels and discussion groups – more than enough to keep the IRS happy – but there was also time for some sightseeing, which included a visit to the new Globe Theater and a wonderful production of “Much Ado About Nothing”. 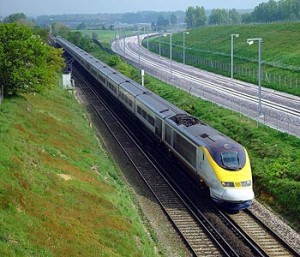 After London, we took the Eurostar through the Chunnel. Wow! I did my best to figure out how fast we were traveling, trying to count the seconds between kilometer markers with the sweep hand on my wristwatch, then converting kilometers to miles. The best estimate I came up with was roughly 175 miles per hour. When we arrived in Paris, the engineer was climbing down out of the locomotive as we passed by on the platform. I asked how fast we had been traveling and he replied, “Trois cent kilometre.” That’s 300 kilometers an hour, or just a tad over 186 mph. Double wow! And during the trip, the car attendants were pushing carts up and down the aisles, pouring wine and serving hot coffee. That’s hard to do on an Amtrak train at 79 mph! 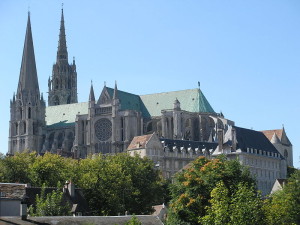 Our first stop was Chartres where we spent a night and more than a couple of hours in and around the magnificent cathedral. Then, in a rental car, we headed south with the Dordogne region our ultimate destination. My advice when driving around Europe: Stay off the main highways; deliberately seek out the roads represented by the skinniest lines on the maps. The rural countryside is glorious and you miss it when you travel the autobahns. 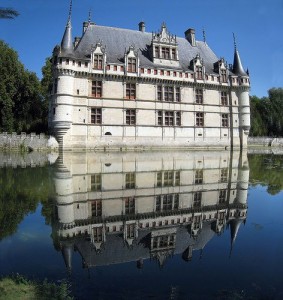 En route to the Dordogne, we stopped to see the charming and lovely chateau, Azay-le-Rideau, in the Loire Valley. I have several coffee table books on France and had often marveled at photos of this castle for years. I was determined to see it in person and it was absolutely worth the effort. We spent well over an hour strolling on the grounds, stopping at benches in several different spots just to gaze at this beautiful little chateau.

From there we headed farther south to the Dordogne region, eventually ending up in the town of Domme, which had been recommended by veteran-traveler friends of ours. 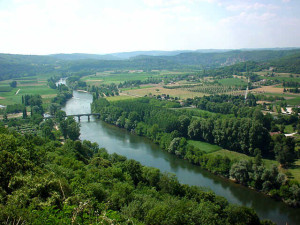 This is the view from the window of our little hotel room, overlooking the valley with the Dordogne River running through it. I remember just standing in the window for many minutes at a time soaking it all in. We were there for three days and I cannot recommend this part of France and this little town enough.

Pricey air fares and a lousy rate-of-exchange notwithstanding, I have sworn to return to the Dordogne “one of these days”.

Previous What Are the Odds??
NextA Tricky Bridge Project on a Tight Schedule