I’ve mentioned here before that Hawaii is the most remote populated spot on the globe. That’s a mildly interesting bit of trivia for most of us, but I can tell you that my friend, Neil Abercrombie, has had plenty of time to contemplate that fact. 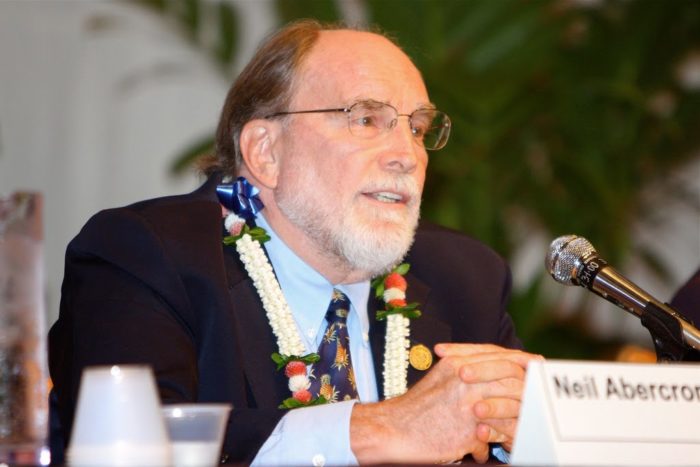 Beginning with the 99th Congress in 1985, Neil served most of 11 terms representing Hawaii in the United States House of Representatives. During that time, in addition to being immensely popular with his colleagues in both parties, he earned a reputation for being smart, tough, knowledgable and always fully prepared. In 2010, Neil came home and entered the race for governor. He was elected, served one term and was defeated in his re-election bid four years later. He is now retired from active politics.

In addition to an office in Washington, members of Congress also maintain an office in their home districts … meaning Honolulu, in Neil’s case. Members must be physically present in Washington for votes and committee assignments, but they necessarily must also spend time in their district offices in order to conscientiously serve the needs of their constituents. Those who don’t, aren’t in Congress for long.

This past weekend, I flew over to Honolulu to attend Neil’s 80th birthday party and during that short, 25-minute flight from Maui, I began thinking about how many hours Neil must have spent commuting back and forth between Washington and this remote spot in the middle of the Pacific Ocean during the almost 22 years he was a member of Congress. Before landing, I scribbled some rough estimates on a note pad which I showed to Neil’s former Chief of Staff at the party. She agreed with my calculations, but said, if anything, my numbers were very conservative.

Conservative or not, here they are:

Number of years in Congress: 22
Average number of round trips per year: 24
Flight time, Honolulu-Washington: 11 hours in the air, one way
Total hours aloft: 11,616

Reduced to more understandable numbers, we can conservatively say that Neil Abercrombie spent at least one year, four months and four days literally in the air while serving Hawaii and his country.

Happy retirement and Happy Birthday, Neil. You sure as hell earned it!

Previous End of the Line for the Chief?
NextAmtrak: A Food Desert on Rails?