End of the Line for the Chief? 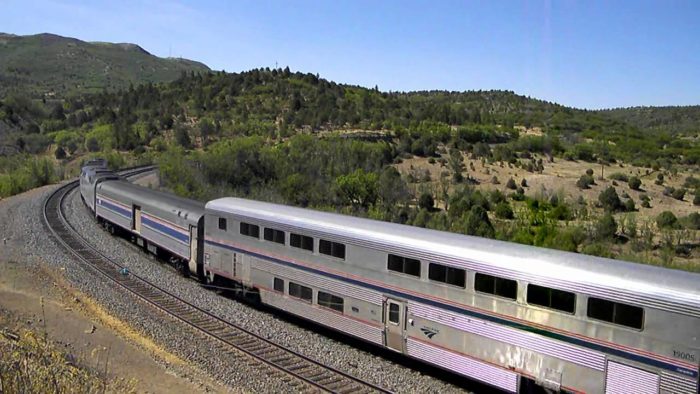 For several years now, the venerable, iconic Southwest Chief has been operating under a cloud. The train’s route runs from Chicago to Los Angeles and there are 28 stops along its 2,265-mile route, including major cities like Kansas City and Topeka and Albuquerque and Lamy, New Mexico, which is where you get off for Santa Fe.

Here’s the capsule version of the situation: there’s a stretch of track several hundred miles long that needs upgrading to handle the Chief when it’s running at 70 miles-an-hour or so. The track is owned by BNSF, the freight railroad, but understandably they don’t want to spend many millions of dollars fixing up track when their trains run at much slower speeds.

Nevertheless, because of the persistent prodding from groups and organizations like RPA to solve the problem and save the Chief, money for the track upgrade was raised. It came from everyone with a stake in the outcome: BNSF and Amtrak, plus the three affected states—New Mexico, Colorado and Kansas.

But just days ago and out of the blue, Amtrak backed out of the deal as far as their share of the track upgrade cost is concerned. Instead, they’re suggesting that passengers will be taken off the train, put aboard an Amtrak bus, driven around the stretch of rough track, and put back aboard another train for the completion of the journey. As near as I can figure it, the bus ride would take 8-to-10 hours and, unless there’s a tail-wags-dog schedule change, passengers would most probably be on the bus through most of the night when sleeping car passengers would normally be comfortably asleep in their roomettes.

I’m sure there will be some people–folks who live in those towns or cities–who will accept that schedule as the only way to get home. But you have to wonder: do the Amtrak people who came up with this idea actually expect to sell tickets to through passengers if a 10-hour bus ride in the middle of the night is going to be part of their experience?

Seriously? Are you people at Amtrak OK with that? That’s really the best you can do for us?

Previous Who’s That Behind the Screen?
NextNeil Abercrombie Earned His Wings.