Who’s That Behind the Screen?

Have you noticed that every proposal for a new or expanded passenger rail system in this country is opposed by organized media campaigns with the same basic arguments: It won’t work…it costs too much… it’s a boondoggle.

One such campaign played a major role in killing a public transit project for the City of Nashville. And just a day or so ago, the Republican governor of Alabama, Kay Ivey, said that no state money would go into restoring Amtrak service to the Gulf Coast. (Note, please, that mayors and civic leaders in those affected towns are angry. They know that significant outside revenue for their local economies has been lost.) 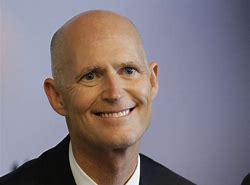 Now here’s a brief-but-unpleasant reminder about Rick Scott, who was head of Columbia/HCA, a giant health care company, when it was fined $1.7 billion-with-a-B for massive Medicare fraud. Despite those “credentials”, the good people of Florida said what-the-hell-he-has-a-nice-smile and elected him governor in 2011. Soon after that, and to the dismay of the mayors of the two cities and points in between, Scott cancelled plans for a high speed train connecting Tampa and Orlando and returned $2.4 billion which the federal government had given Florida to pay for the project.

Comes now the Florida DOT—this is still under Governor Scott, you understand—inviting any and all private firms who might be interested to submit proposals for—you guessed it—a high speed train connecting Tampa and Orlando. (No one proposing to use tax dollars need apply.) 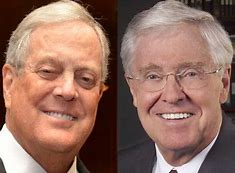 Then, this past week, the New York Times ran a lengthy story identifying the infamous Koch brothers as the people behind the well-financed efforts to kill every major public transportation project that comes along. These two multi-billionaires don’t give a rat’s ass about what’s cheaper and more convenient transportation for you or about air pollution or global warming or rising sea levels. Really, all they want is for us to continue burning the gas and oil their refineries produce.

Perhaps you’ve noticed their new media campaign. It’s about Koch Industries. And what good corporate citizens they are.

Previous Introducing Matt Melzer.
NextEnd of the Line for the Chief?