The better part of the day yesterday was spent traveling from Carcassonne to Vernet-les-Bains by way of Narbonne and Perpignan. It was another bi-level TGV that brought me to Perpignan and that magnificent train sat there in the railway station, engine idling, waiting to load passengers for Barcelona. The damn thing was mocking me. Once again, I have to say it’s outrageous for this kind of quality rail service to be unavailable in the U.S. All right, all right … so endeth the rant.

The train from Perpignan was not operating–le grêve, you know–so I made that last leg on a large bus. We began the hour-plus ride with a total of four passengers and I was the only one left when we arrived at the SNCF station in Villefranche. I’ll be back here on Thursday morning for my excuse to justify this trip: a ride on Le Petit Train Jaune, the Little Yellow Train. 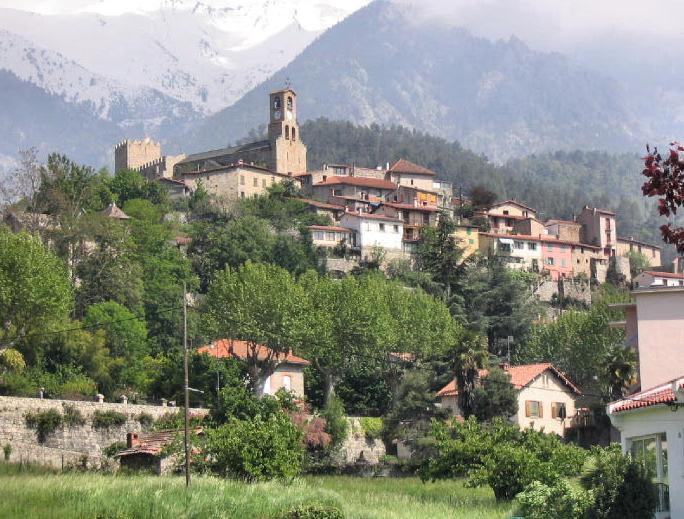 We are several miles into the Pyrenees here, and I must say it’s a spectacular location. Most of these mountains are very steep yet they are also thickly wooded, much like the Cascade Range in the U.S. Several of the peaks within sight still have heavy snow.

After checking once again by phone with Railbookers in London, it appears that the ongoing strike by the French railway workers will not affect the train schedules tomorrow. It should be an interesting day. I have a ticket for the Yellow Train–that’s how the locals here refer to it–departing from the Villefranche station at 9:30 in the morning. About two-thirds of the way to Latour de Carol, the other terminus, there’s track work going on. That’s where we will pile into a bus waiting to take us the rest of the way. The next train is also operating, so it appears I’ll be spending tomorrow night in Toulouse, as per plan.

Previous On the (Rail) Road Again.
NextWow! What a Ride!