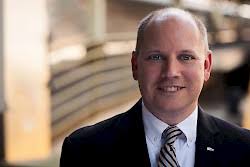 A couple of nights ago, Jim Mathews, president and CEO of Rail Passengers Association*, conducted a call-in forum for RPA members. Several different rail-related topics were discussed, including the Trump budget—specifically, how it would affect Amtrak if it should be passed as submitted. Mathews made the following observations on that subject (Note, please, these are my words, not his):

The Administration’s budget would be a disaster for passenger rail, cutting something like $775 million that Amtrak was supposed to be getting from prior legislation and passing those obligations on to the states served by the long-distance trains. Given the financial problems facing a number of those states, it is highly unlikely that they would assume responsibility for the Amtrak subsidy. All of which means that Trump’s budget proposal would very likely mean the end of the long-distance trains.

The best chance to save the national network is to put pressure on Congress to reject Trump’s budget and continue Amtrak’s funding. And, said Mathews, the most effective way to do that is for each RPA member to personally contact his or her two senators and the member of the House representing his district.

Mathews emphasized that it’s even more important for RPA members to contact their local mayors and members of their town councils for communities served by one of Amtrak’s long-distance trains. The folks in Washington pat attention to the local elected officials because those people have constituencies.

The RPA Spring Meeting will take place April 15-18 in Alexandria, Virginia. The key day will be Tuesday, the 17th. That’s our “Day on the Hill” and that’s when the president’s budget proposal for Amtrak will die the death it so richly deserves.