Hockey: Not for the Faint of Heart.

I don’t understand how anyone can play hockey. The amateur game is tough enough—we were watching the Olympics tonight—but the game is so fast at the professional level, so violent, and requiring such extraordinary skill and dexterity that it’s beyond me how ordinary human beings can compete at that level. Well, of course, that’s the thing, isn’t it? Ordinary human beings can’t compete at that level.

My alma mater, Boston University, has traditionally had outstanding men’s hockey teams and when I was a student there, I quickly became a fan. Of course I attended most of the the BU games—two members of our fraternity were stars on the varsity—but I also went to some of the National Hockey League games. 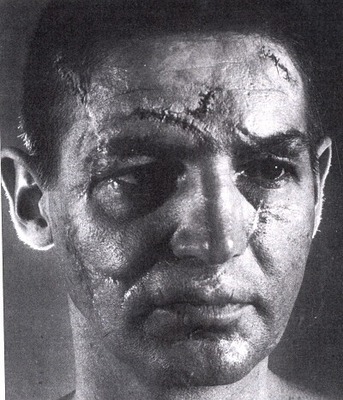 At that time, the goaltender for the Boston Bruins was Terry Sawchuck. An “old school” veteran player, much of his career occurred before goalies began wearing protective face masks. He finally started wearing one, but not before a photo taken of his face gave visual proof of the hazards of tending goal in the NHL.

My first pro-hockey game was the Boston Bruins vs. the New York Rangers in the venerable old Boston Garden. I invited a young lady to join me—her first hockey game at any level. We had seats some 20 or so rows directly behind one of the goals. 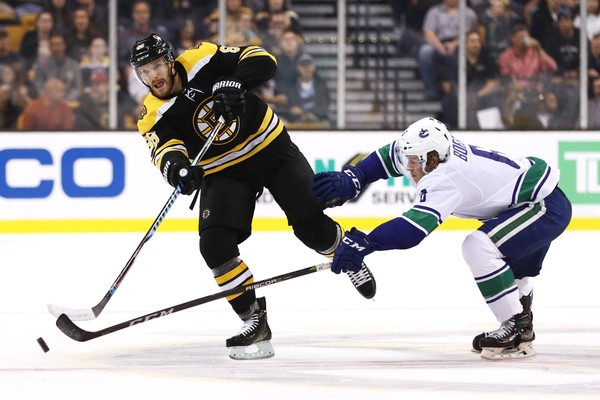 About 15 minutes into the game, one of the Boston players fired the puck at the goal. It deflected off the stick of the New York goaltender and sailed up into the seats, striking a gentleman sitting just a half dozen seats from my date. He dropped like a stone and after several minutes, groggy and bleeding profusely, was helped to his feet by two ushers and led away for medical attention.

My date was horrified and spent the next several minutes expounding on what she had already labeled as the gratuitous violence of this brutal sport. But even she was impressed when, a half hour later, the fan returned to his seat, his head wrapped in a turban of gauze bandages. He got a standing ovation from our whole section.