The Red Sox Try to Right a Wrong.

Regulars here know that I have followed the Boston Red Sox since I was a kid. I saw my first Red Sox game at Fenway Park on May 25, 1946. The final score was Red Sox 7, Yankees 4, and I have the box score from that game framed and hanging on my wall. Several years ago, I got Bobby Doerr to sign it.

All through school, I listened to most of the games on the radio. There have been many radio voices of the Red Sox over the years, but the one I remember most … listened to the most on hundreds, maybe thousands of summer nights … was Curt Gowdy.

Back then, the Red Sox were owned by Tom Yawkey. In 1933, at the age of 30, Yawkey inherited several million dollars from an uncle and, less than a week later, he bought the Boston Red Sox. Tom Yawkey was a benevolent, even paternalistic owner, who had a reputation for paying his players more than they were worth. But it’s almost universally accepted as fact that Tom Yawkey was also a racist.


In 1947, Jackie Robinson broke Major League Baseball’s color barrier when Branch Rickey signed him to play for the Brooklyn Dodgers. After a couple of years, albeit grudgingly in some cases, the other team owners followed suit. But not Tom Yawkey. Not until it became obvious. Not until the Boston Red Sox was the only big league team without a black or Latin player.

Finally, in 1959, two years after Jackie Robinson retired, the Red Sox finally signed a black player. Pumpsie Green was an infielder who played four years with the Red Sox. He was traded to the New York Mets in 1963. 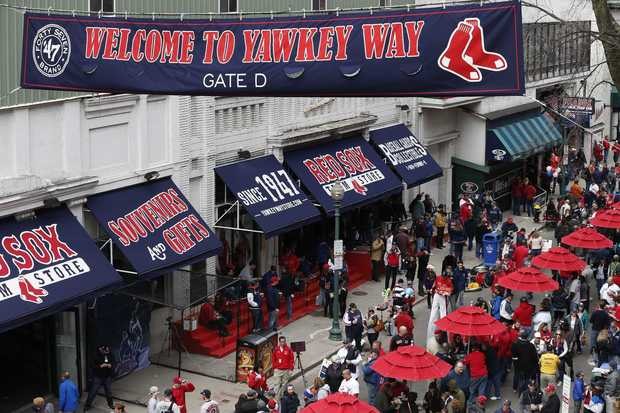 In 1977, the oblivious city fathers renamed the street fronting Fenway Park as Yawkey Way. In recent days, however, perhaps prodded by the events in Charlottesville, John Henry, principal owner of the Red Sox since 2002, has let it be known that the Red Sox would like to remove the Yawkey name the street. Since John Henry usually gets what he wants, it will undoubtedly happen.

Previous New Evidence in an Old Case.
NextOde to a Viewliner Roomette.