New Evidence in an Old Case.

If you were to stop a hundred people on the street and ask them who owns the tracks used by Amtrak’s long-distance trains, I’d guess that probably a third would say all that track is owned by the government, another third would say the railroads, and most of the rest would have no idea.

The fact is, of course, that for more than 40 years, Amtrak has been operating passenger trains on track owned by a half dozen freight railroads. All this time, Amtrak trains have supposedly been given preference by the freight railroads, but they are now trying to nullify that arrangment. 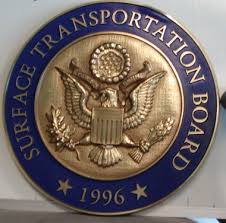 Fortunately, the Surface Transportation Board is not rolling over. Board members have specifically targeted CSX, the most egregious offender, demanding hard data to explain that railroad’s terrible record in terms of how efficiently they have been handling Amtrak trains operating on their track.

In fact, the board has scheduled a hearing in Washington—they’re calling it a “listening session”— for Tuesday, September 12th, starting at 9:30 a.m.

It seems certain that hard questions will be asked of whoever shows up from CSX, with more than a few of those questions having to do with an email that has found its way into the hands of the STB. The email, from a CSX supervisor to the company’s dispatchers, seems to confirm that the railroad is intentionally delaying Amtrak trains. Here is a key sentence from that email:

“Give high priority to (CSX freight trains) Q031/Q032. If we are meeting with Amtrak, make the delay on Amtrak first. If Amtrak is running down one of these trains go ahead and get to the point Amtrak is seeing the (end of the freight train) before we get them around.”

NARP’s president and CEO Jim Mathews has publicly complained and will make our objections known to the STB.

For years, passenger rail advocates have claimed the freight railroads have been violating the terms of the original agreement—specifically, that they often fail to give priority to Amtrak trains. Anecdotal evidence abounds, but now there is some actual proof.

One guy’s jaded opinion: Should there be an STB ruling for the passengers and against the freight railroads, the Trump Administration will find a way to kill it. Think not? Think Joe Arpaio.