How Best To Run the Government. (Hint: NOT Like a Business.) 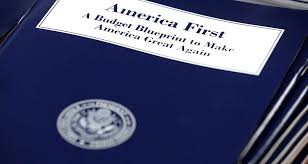 With good reason, passenger train advocates are up in arms over the news that the Trump Administration’s budget zeros out federal funding for Amtrak. More specifically, it targets the long-distance trains.

Is it short-sighted? Yes. Does it mostly hurt the people in fly-over country who voted for Trump? Yes, again. But the thing is, it also hurts people in a number of major metropolitan markets—New York, Philadelphia, Baltimore, Washington and Chicago among others—because many of those long-distance trains originate in those cities.

Also ignored is the elephant in the room: all the deferred maintenance and the many billions of dollars necessary for infrastructure improvements that will inevitably become urgent. And that raises an interesting point:

After losing their long-distance trains, how are folks in Kansas or Louisiana or Montana or any of those other states going to respond when they realize their tax dollars are being spent on the Northeast Corridor? They’ll be pissed off, of course, and they’ll have every right to be.

Several of my NARP colleagues have put their fingers on the REAL issue here: it’s NOT simply the potential loss of passenger trains; it IS about the loss of connectivity, meaning the right of as many Americans as possible to travel about the country—for business or for pleasure—using affordable passenger rail. Good heavens, most people in most other countries already have that. They take it for granted, in fact.

Three years ago, I spent several days in Azay-le-Rideau, a town of some 3500 people in the Loire Valley of France. They have a small railroad station and six trains a day. A high-speed rail line is being built in Uzbekistan, for heaven’s sake. And, of course, the Chinese are ahead of everyone with high-speed trains now serving—now connecting—29 of that country’s 33 provinces.

But here in the U.S., the run-the-government-like-a-business people are trying to take us all in the opposite direction: if it doesn’t make money to pay for itself, it shouldn’t exist. Yes, of course government should be run as efficiently as possible, but not like a business! Here’s an excellent short video that explains why that’s true.

Previous Trump Voters Get a Poke in the Eye.
NextSometimes It’s OK to Splurge.