Is the Chief Coming to Pueblo?

After many months of rumors that a major Amtrak route was going to be cancelled, it was nice to hear some positive news. The citizen-led group, ColoRail, the Colorado Rail Passengers Association, played a major role in this saga. And I am also happy to report that NARP, the National Association of Railroad Passengers, provided help and support to ColoRail all along the way. 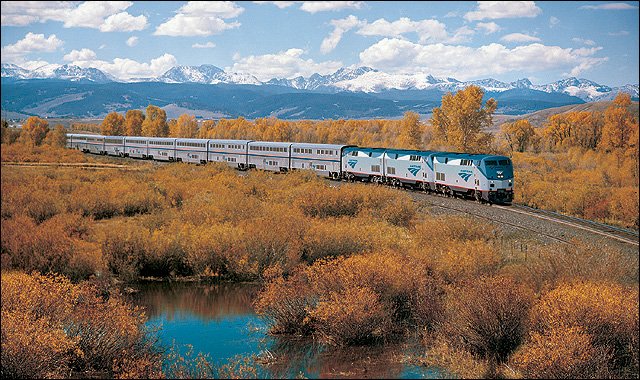 For many months, it appeared that Amtrak’s venerable Southwest Chief was actually in jeopardy. (The Chief operates daily in both directions between Chicago and Los Angeles.) A stretch of track through parts of Kansas, Colorado and New Mexico had fallen below acceptable standards for passenger service and no one wanted to pay the estimated $200 million over ten years to bring back up to standard.

Finally, after a lot of hemming and hawing, and even after the last hold-out, Governor Susana Martinez of New Mexico, threatened not to participate, sufficient funds were committed. The Southwest Chief was saved and, I am told by a recent passenger on that train, the ride is greatly improved.

“But”, as they say, “Wait! There’s more!” Even during the dark days when it looked as though the Southwest Chief could actually disappear, a group of activists began efforts to bring Amtrak service to the Colorado town of Pueblo.

The tentative plan is for a separate all coach train to run from Pueblo to La Junta where those cars would connect with the eastbound train. Two hours later, the train heading west to California would come through.

Amtrak says their study estimates that adding Pueblo to the Chief’s route would attract more than 14,000 passengers a year, generating more than $1.5 million in new revenue.

Sounds great! But even though no timetable has been announced, and there’s a long way to go and more hurdles to clear, Amtrak’s favorable response is a giant step in the right direction.

Previous Virgin America: OK, But No Big Deal.
NextWhat’s In A Name? Plenty!