What If We Tweak the High-Speed Rail Argument?

I regularly look at a number of blogs and columns on the general subject of travel. It will come as no surprise that over the past year or two, a constant theme in all these publications has been criticism of the airlines. The traveling public is resentful over disappearing in-flight amenities, fees charged for cancelations and changes, better seats and checked bags, and—everyone’s favorite complaint—narrow seats and disappearing leg room.

We’re all pissed at the airlines, but unless you have the wherewithal to fly first class, all the rest of us can do is grumble. Of course the reason the airlines can get away with all that is because mergers and consolidations have eliminated most of the competition.


Aha! Perhaps we’ve stumbled on something here. When it comes to our advocacy of high-speed rail, why don’t we stop talking about energy efficiency, lack of pollution, taking cars off the road—you know, all those airy-fairy liberal issues. Instead, what if we hit ‘em with the most fundamental tenet of the capitalist ideology that makes the argument simple and straight-forward: (1) competition is a good thing; (2) high-speed trains will be serious competition for the airlines, and (3) the airlines will have to become more consumer friendly. 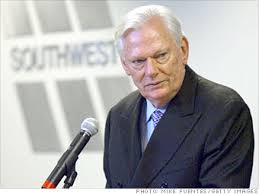 If you think fast trains can’t compete with the airlines, you should know that 20 years ago, Herb Kelleher, founder and former CEO of Southwest Airlines, fought tooth and nail to kill plans for a high-speed rail line linking Dallas and Houston. And—fast forward to today—Southwest is once again trying to scuttle the privately financed high-speed train proposed by Texas Central Railway that will link those same two Texas cities. Clearly, Southwest knows that a high-speed train would be serious competition.

It’s frustrating because you would certainly think that the acceptance and success of high-speed trains everywhere else in there world would be enough to convince those conservative politicians. But maybe this will . . . and whatever works.

Previous Time for the Government to Step Up.
NextWhere There’s A Will There’s a Wait.