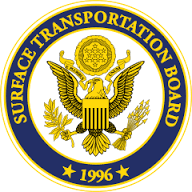 Every so often, something pops up out of government and you have to say, “Where the hell did that come from!”

A recent example: when the Surface Transportation Board proposed a rule change that could turn the world of passenger rail on its head. How and why requires a little background.

In 1970, Congress passed a law creating Amtrak and allowing the private railroads to get out of the passenger business. But, said the federal government, the railroads had to allow Amtrak trains to operate on their tracks. So far so good.

But here’s where it starts to get a little murky. Before Amtrak existed, it was every railroad’s policy to give preference to their passenger trains, even if doing so caused delays for their freight trains and even if those delays cost the railroad money. And so, from the beginning, it was understood that the freight railroads would give preference to Amtrak trains.

In 1973, some two years after Amtrak began operating, Congress made the railroad definition of preference official: the law was amended to make it clear that the private railroads would give priority to Amtrak trains, except in an emergency.

For more than 40 years, preference hasn’t been an issue. All the players seemed to know what it meant. And over the past couple of years, when the boom in shale oil caused unprecedented amount of rail traffic, the whole world could see what not getting preference did to Amtrak’s On Time Performance.

But now, out of the blue, the Surface Transportation Board has come out with a proposed policy statement that essentially proposes to rewrite the definition of preference and in such a way that could theoretically permit the freight railroad dispatchers to give priority to their trains instead of Amtrak.

Of course the freight railroads think it’s a really swell idea. Meanwhile, NARP has submitted a statement protesting the proposed change as have several other organizations and a large number of individuals.

A final decision by the STB is pending.