Who Likes High-Speed Rail? We do! 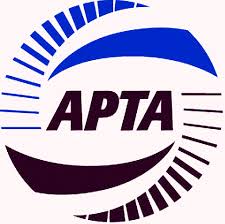 In fact, almost two-thirds of us do! That’s the bottom line of a survey conducted by a professional polling firm for the American Public Transportation Association (APTA). The market research included a telephone survey of more than a thousand people randomly selected and the results are fascinating. No … more than that. They’re exciting!

Here are some of the highlights:

—63 percent of all respondents said they would use high-speed trains if they were available.

—That number increased to 67 percent when people were informed as to how much time could be saved on a typical high-speed route and what the cost to passengers would be.

Furthermore, the number went up again—to 71 percent— when the respondents were younger adults, specifically people between the ages of 18 and 44.


“People want high-speed rail in America,” said APTA President and Chief Executive Officer Michael Melaniphy, “and we are seeing support among various ages and in different regions of the country regardless of political party.”

He’s right, although there is a predictable difference between left and right. Still, I do think it’s impressive that 65 percent of Republicans said they would ride the trains after being informed of the benefits of high-speed rail. That number was 10 points higher for people identifying more with the Democrats.

As I’ve mentioned here several times before, the biggest problem is that so few Americans have ever had the opportunity to actually ride a high-speed train.

Here is the link to the entire study with all the results. It makes fascinating reading and, more to the point, it indicates that there is growing sentiment in support of high-speed trains and of passenger rail in general. And why not? It is the way to go!

Previous Getting from Here to There in France.
NextNARP Vied for a Seat at the Table.