NARP Vied for a Seat at the Table. 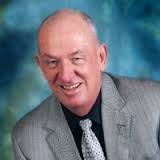 More than a year ago, the National Association of Railroad Passengers very quietly mounted an effort to get Bob Stewart, chair of NARP’s board of directors, appointed to a vacant seat on the Amtrak board.

Bob certainly has all the qualifications, but we had an additional and very compelling argument: If he were to receive the appointment, it would be the first time in it’s history that an advocate for the passengers would have a seat on Amtrak’s board of directors. Think about that for a moment!

Amtrak directors are nominated by the president and confirmed by the U.S. Senate. There are nine board members altogether, including Amtrak’s president and the Secretary of Transportation. That sounds simple, but there’s a lot more to it. While not spelled out in so many words, it has become the practice to alternate new appointments between the political parties; if the last person appointed was a Democrat, the next one will be a Republican. As you would expect when politics is a factor, a great deal of behind-the-scenes maneuvering takes place throughout the process.

Bob followed all the rules, submitted formal application, met the Republican chairs of key committees and made his case with all the major players. We even managed to get a letter of endorsement from Neil Abercrombie, governor of Hawaii at the time, and a personal friend of President Obama.

But it was not to be. The appointment went to Derek Kan, whose credentials include upper management positions with Genapsis and Bain & Co. Impressive, I guess, but the significant item on his resumé was this: “former policy advisor to Senate Republican Leader Mitch McConnell”.

Disappointed? Sure. Discouraged? Not a bit. Because NARP is no longer a spectator. We’re a player now … and we’re in the game!

Previous Who Likes High-Speed Rail? We do!
NextImagine What the Chief Would Say!