Making the Case for Train Travel.

At the end of this week, I’m going to fly from here to Seattle. Every time I fly to the U.S. mainland, about an hour into the flight, and with more than four hours to go, I wish the whole damn thing would be over. Whether 25 minutes from here to Honolulu, or many hours long, a jet flight is never anything more than a means of reaching a specific destination.

Is it more expensive to travel by train? If you travel by coach, and the distance is just 200-300 miles, chances are the train is going to be cheaper than flying. And, over distances like that, the train will probably get you there—from city center to city center— in about the same amount of time.

But when I’m talking about long-distance train travel, the first thing people want to know is how long it’s going to take. Forget about the time for the moment, I say. It’s not about the time; it’s about the journey.

I have a trip coming up—I’m leaving here on Sunday—in which I will be away from home for 12 nights. The first of those nights will be spent on a red-eye flight from here to Seattle and four of the remaining eleven nights will be in hotels, one night each in Seattle, Toronto, Chicago and Sacramento. 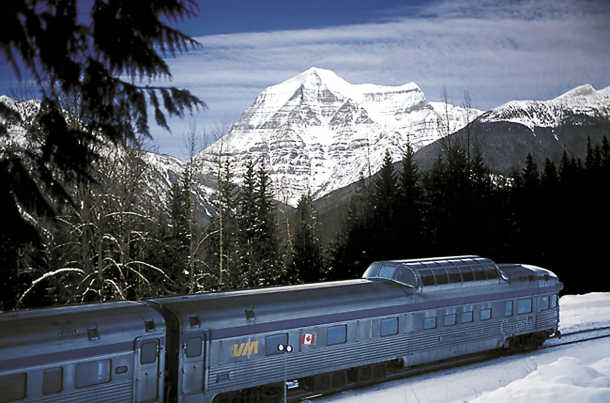 But for the remaining seven nights, I will be aboard a train—four nights on VIA Rail’s flagship train, the Canadian, between Vancouver and Toronto; one night between Buffalo and Chicago aboard Amtrak’s Lake Shore Limited; and two nights en route from Chicago to Sacramento on the California Zephyr.

Furthermore, during all those days and nights of train travel, there will be no hotel bills and no meals to pay for because my train tickets include my sleeping car accommodations and all my dining car meals.

It’s at this point in the discussion, that the husband usually turns to the wife and says, “You know what? We really ought to consider an overnight train ride for our next vacation.”

Yes, they should indeed.

Previous It’s Nice To Be More Than Just a Constituent.
NextHow About a Daily Sunset Limited?