It’s Nice To Be More Than Just a Constituent.

Every April, the National Association of Railroad Passengers has a three-day meeting in Washington, DC. There are business meetings, guest speakers and break-out sessions, but the second day is our Day on the Hill, when we all visit the offices of our own representatives to seek support for passenger rail in general and perhaps for some specific rail projects.

A couple of years ago, I made the rounds with three NARP members from California. They were scheduled to visit one of their congressmen and Senator Barbara Boxer, then I had an appointment with Senator Daniel Akaka from Hawaii, who has since retired.

As expected, our little group met with a staff person for the California representative and we arrived on time at the designated room for the scheduled meeting with Senator Boxer. It turned out to be a small hearing room and there were more than a hundred other people there. A few minutes later, the senator came whirling into the room, mounted the dais at the front and thanked us all for coming. As aides passed out copies of press releases on a variety of subjects, the senator gave a brief run-down on some of her concerns, and invited us to come to the front of the room if we wanted a photo taken with herself. 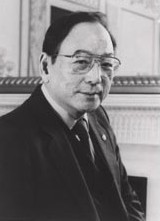 Senator Akaka is literally beloved in Hawaii, and with good reason. His predecessor, Spark Matsunaga, was also immensely popular. He was known for taking visiting constituents—mostly just ordinary people touring the capitol—to lunch in the Senate dining room. After lunch, even with the Senate in session, Sparky would often escort the group up to the balcony overlooking the Senate chambers and talk about the U.S. Senate as an institution and relate some interesting anecdotes. Often these amazing luncheon/lectures involved a dozen or more of his constituents, including kids. It went on for years, almost on a daily basis. I’m sorry to say, in some circles, Sparky was mocked for it, the implication being that he was pandering to his constituents.

Nothing could be farther from the truth. It was, in fact, the exact opposite of pandering. As was Dan Akaka, Sparky was treating others—everyone—with respect. Because that’s the Hawaiian way.

Previous Meet the Other Jim Loomis.
NextMaking the Case for Train Travel.