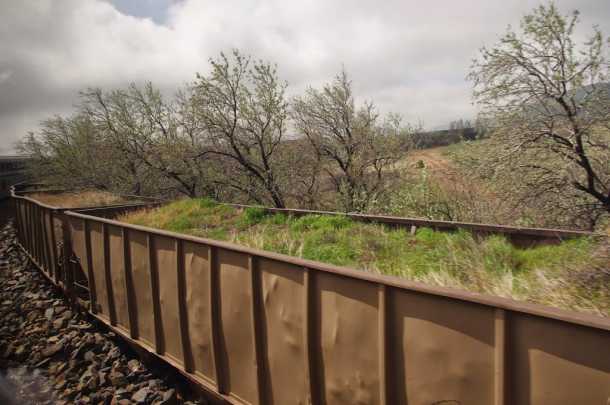 An hour out of Denver and heading west, the Zephyr climbs up through the Flatirons and skirts a broad expanse notorious for very high winds … winds so strong at times that heavy rail cars have been toppled. At the worst spot is a row of a dozen or so hopper cars filled with gravel that serve as an effective wind break. 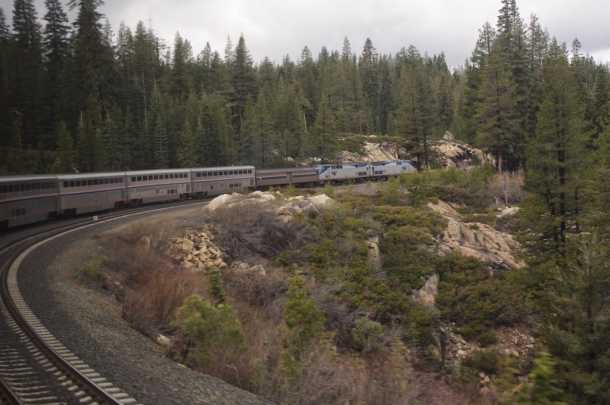 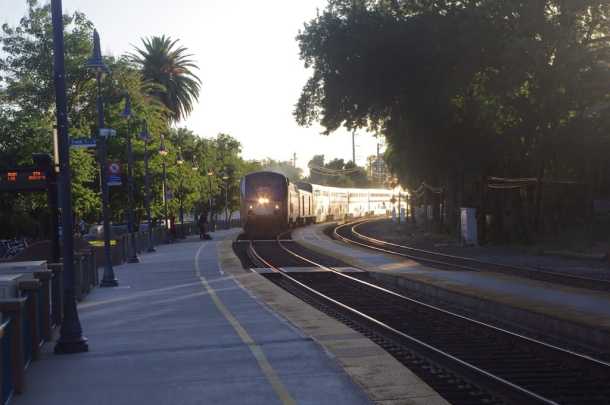 It’s 6:55 a.m. in Davis, California, and the southbound Coast Starlight is arriving dead on time. I’m just minutes away from a Bloody Mary in the Pacific Parlour Car, followed by a breakfast of French Toast on the diner. Life is good! 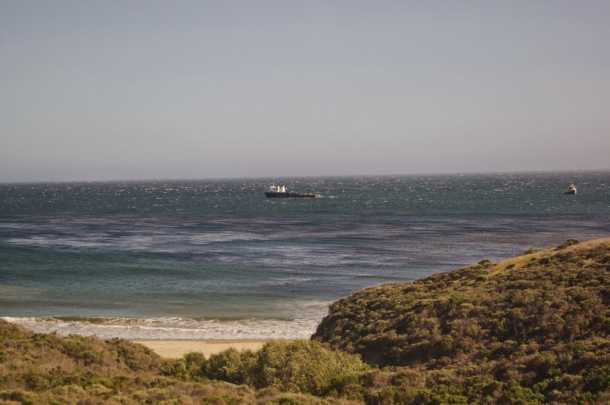 Throughout the afternoon and into dusk, the Coast Starlight follows the coastline en route to an early arrival into Los Angeles Union Station.

Previous Amtrak Food Service: Down and Down It Goes. And Where It Stops, Nobody Knows.
NextDouble the Frequency; Triple the Ridership.