Hell Hath No Fury Like a French Hotelier Scorned.

Jim Loomis September 14, 2013 Europe 0 Comment
My European trip is now just a bit more than a week away. All the details are in place and I’m starting to think seriously about getting organized. 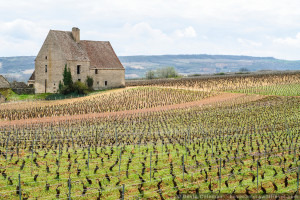 After my ride on the Glacier Express in Switzerland, I’ll return to France for what will be, for me, a bit of a longer stay: three nights near Beaune, in the heart of the Burgundy wine country.

I really don’t know why, but in working up my travel itineraries, I tend to keep moving, with stops of just one or two nights along the way. I suppose the subconscious reason is that there are so many interesting places to see and I’m impatient to move on to the next one. 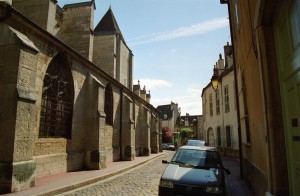 I’ve been to Beaune before with my wife and daughter and I remember thinking at the time that I would like to return.  Last time, we stayed in a stately old home that had been converted into a hotel. Unfortunately, we were shunted off to accommodations in an annex, a definite demotion, which we accepted without thinking at the time. This time around, I’ve opted for a place 2-3 miles out of town which was suggested by Railbookers, the London-based booking agency that arranged all my rail schedules and hotel accommodations once I left the U.S.  I researched it, too, on the web. 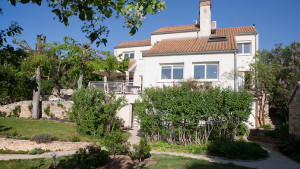 The place is called La Terre d’Or and it has nothing but glowing reviews in TripAdvisor. I was particularly struck by the fact that every single one of those reviews raved about the host and his family, who apparently went out of their way to be accommodating and helpful. It seemed as though guests at La Terre d’Or remember all the little personal gestures by their host, Jean-Louis, more than the vineyards or the cathedrals or the chateaux.

Well, to be truthful, there was one lengthy comment from someone who had had a run-in with Jean-Louis. It apparently occurred when the guest  — a Canadian visitor from Toronto — discovered something in his accommodations that wasn’t quite right A burned out light bulb in the bath, as I recall. He complained rather forcefully to his French host and was offended that Jean-Louis did not appear to be sufficiently désolé about the lack of perfection in his guest’s room. One thing led to another, escalating quickly and ending badly: the guest marching out with several unpaid nights remaining on his reservation and accompanied by a stream of choice Gallic invective. 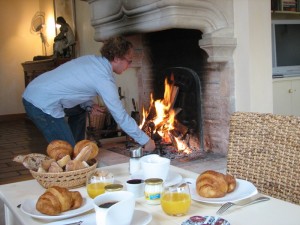 I’ve sent several emails to Jean-Louis and have had delightful and cordial responses. Besides, I figure if dozens of guests state unequivocally and spontaneously that their stay at La Terre d’Or was the highlight of their European experience and Jean-Louis was almost single-handedly responsible for that, I’m prepared to give him the benefit of the doubt  … especially if he lets me write down and memorize whatever it was he said to that guy from Toronto.