Jim Loomis March 15, 2011 Australia, Baseball 0 Comment
Wear a Boston Red Sox cap or T-shirt almost anywhere — and I mean literally anywhere in the world — and you will get a nod or a grin or a handshake or even a spontaneous conversation from others who share the same passion for that baseball team. I have long since stopped being surprised when it happens. 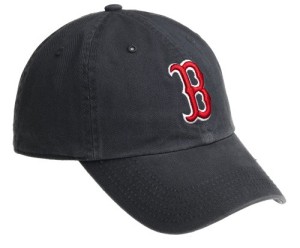 Before taking the glorious trans-continental train ride across Australia on the Indian Pacific, I had three days to kill in Sydney and wore my Red Sox cap as I strolled around the city. Three times I was greeted with a cheery “Go Sox” from other sightseers – fellow citizens of Red Sox Nation. (Oh, yeah … and once by a muttered “Red Sox suck!” from a passing cretin, clearly a New York Yankee fan.)

Then there was the time in the lounge car of Amtrak’s Southwest Chief when I was approached by a 30ish Japanese doctor who had spotted the distinctive red B on my cap. He was returning to Japan after two years of residency at a Boston hospital where he had been studying the newest techniques in organ transplants. During his time in Boston, he had become a rabid and very knowledgeable Red Sox fan. We ended up having dinner together that night in the dining car.

A year ago, I had taken some visiting relatives to the top of Haleakala, the 10,000-foot dormant volcano here on Maui. We were all gazing down into the crater when I noticed that a middle-aged man standing near me was also sporting a Sox cap. He had already spotted me and of course we struck up a conversation. It turned out we had both graduated from the same boys’ school back in Connecticut. Go figure!

But the weirdest experience so far occurred a dozen or so years ago in the town of Pecs in the south of Hungary. My wife and I were on our way to visit the town’s weekly outdoor market and came across a battered old Skoda – the eastern bloc equivalent to a VW beetle – parked on a side street. A huge decal almost filling the entire rear window read:

I hung around for a while, hoping the owner would show up. He never did, but all these years later, I wish I had waited longer.