These Guys Would Have Been Against Electricity

On November 4th, Californians will vote on a $10 billion bond issue which, if passed, will finance an initial high-speed rail line linking Los Angeles and San Francisco.

There are many reasons to support this proposition as well as high-speed rail generally. Since the estimated travel time between those two cities would be 2 ½ hours, it offers people a reasonable alternative to making the trip by car or plane. 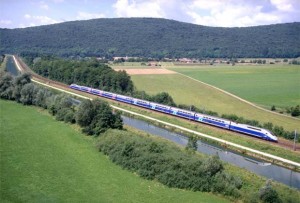 And that, of course, would mean fewer cars on the road and fewer LAX-SFO flights. That, in turn, would mean less traffic congestion both on the ground and in the air, less air pollution, and less energy consumed. All excellent objectives given the higher and higher gasoline prices, the severe cutbacks in flights being offered by the airlines, (almost) everyone’s concern for global warming, and need to reduce the demand for energy. 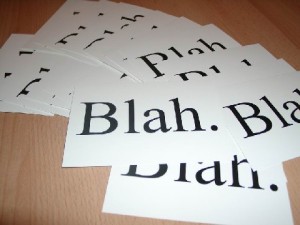 But, predictably, opposition to the measure has appeared. Three perennial nay-saying groups – the Reason Foundation, Citizens Against Government Waste and the Howard Jarvis Taxpayers Foundation – have produced a report saying the proposed system is too expensive, won’t work, won’t go that fast, etcetera and so forth.

The head of the California High-Speed Rail Authority, Mehdi Morshed, points out that the Authority’s costs and ridership estimated have all been reviewed and confirmed by high-speed rail experts in France, Germany and Japan, where high-speed rail has long been the preferred means of transportation. Morshed summed up his response to the opposition groups succinctly and accurately: “They don’t know what they’re talking about.”

Let us hope that most California voters will realize that and vote accordingly.

Previous What Could I Have Done to Deserve This?
NextMy Vote For Obstructionist Idiot of the Year