Are We On the Verge of a Comeback for Trains?

Here’s a sad statistic: Amtrak is allotted less than 1 percent of the total federal transportation budget. (As embarrassing as that is, it would be zero if Bush and McCain had their way.)

Be that as it may, as a result of this pathetic under-funding, Amtrak trains run much slower than their European counterparts; they run much less frequently; and many major American cities have no passenger rail service at all. 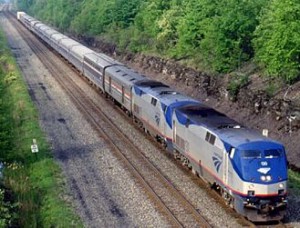 But get this: Amtrak ridership is nevertheless increasing dramatically.

And there are equally impressive increases on just about every other route Amtrak operates. 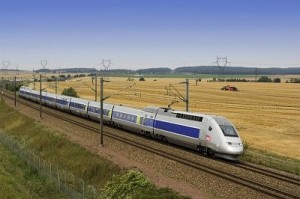 Imagine how much the ridership could increase … imagine how much gasoline could be saved … imagine how our collective carbon footprints could be reduced … if our federal and state governments finally decide to get together and put money into an integrated national passenger rail system, including intercity high-speed trains and an honest-to-God long-distance network.

Who knows? This is an election year and with gas at $4.00-plus a gallon and climbing, we actually could see that starting to happen.

Previous More About Hungary
NextWhat Are the Odds??