While Hurricane Michael is causing devastation in the Florida Panhandle, it’s also disrupting travel plans for several hundred members of the Rail Passengers Association who will be meeting next week in—you guessed it—Miami. 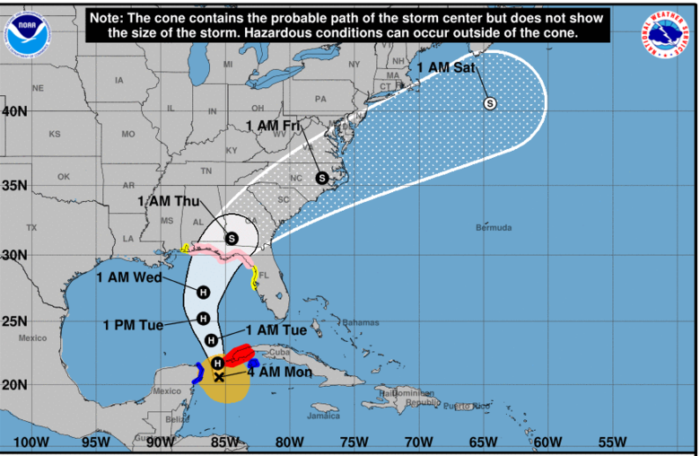 The National Weather Service says that Michael has come ashore from the Gulf of Mexico making landfall on the Florida Panhandle, and will continue in a northeast direction across Florida, Georgia and the Carolinas before continuing on out into the Atlantic.

I had an extensive rail itinerary all worked out—Los Angeles to New Orleans, New Orleans to Washington, Washington to Miami—but, according to projections by the weather service, the middle part of that followed the projected track of this awful storm.

And so, in devising a Plan B that will hopefully keep me well away from Michael, I had to cancel my ride on the Crescent from New Orleans to Washington and the connection there to the Silver Star southbound to Miami. And that is where I collided with Mr. Anderson’s new refund rules: Amtrak keeps 25% of the fares I paid in advance and they give me a voucher for the balance which I have to spend on Amtrak travel within the next 12 months.

That, it seems to me, is a bit harsh. If I’m going to be whacked for a substantial penalty—my money that they can now keep because I don’t want to be on a train that could be in the middle of a Category Four hurricane—I should at the very least get an actual cash refund of the balance.

Yes, yes, I’ll use the vouchers for a trip I’m planning for next June, but it does seem almost draconian enough to have been inspired by an airline.

Previous So Much to See. So Little Time.
NextMeanwhile, In Canada . . .