In October, I’ll be attending the annual Fall meeting of RPA, the Rail Passengers Association, which will be held in Miami, Florida. I spent an hour or so today putting together a tentative itinerary so I could work up a cost estimate. Everything was fine until I got to the Cardinal. 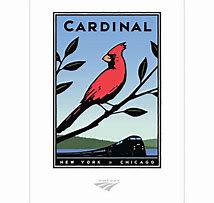 My request for a roomette on that train for October 28th produced a cryptic message: NONE LEFT. There were no bedrooms available, either.

Question: If sleeping car space is sold out four months in advance, why not add a second sleeper to the consist?
I presented that question to a thoroughly knowledgable RPA member who probably knows more about the Cardinal than any other person outside of Amtrak. Here is a summary of his response:

There were 50 Viewliner sleepers in the original order and, except for scheduled maintenance, all are in use. To give the Cardinal a second sleeper, one Viewliner unit would have to be taken from one of the Florida trains. In other words, Amtrak doesn’t have enough Viewliner sleepers.

He then added the following gem, which I have paraphrased:

“First, Amtrak ordered baggage cars, then they did away with checked baggage at most locations. Then they started taking delivery on new dining cars, but now the food service is being gutted. And finally, if they are only going to have 400-mile train routes in the future, why will we need any sleeping cars at all?”

Well, I guess the answer to that is a whole bunch of RPA members stirring up the general public and raising hell with their representatives in Congress and in state legislatures. The truth is, it works damn near every time!

Previous A New Amtrak Marketing Strategy: Piss Off Customers.
NextTo Bus or Not to Bus …