The Walls of Carcassonne.

You can’t wander through this fortified medieval French town without being astonished at the scale of everything or at the incalculable amount of human effort that must have been expended. In many places, the stone walls are 15 or 20 feet thick and more than 100 feet high … with towers rising well above them.

Back in time some 5,000 years, the town was located on an important trade route. The Romans were the first to fortify this place about 2500 years ago and, after they were eventually driven out, various invading tribes came and went, each adding to the fortifications in their time.

Amazingly, by the middle of the 1800s, these massive walls and towers had fallen into such a state of disrepair that there was actually talk of demolishing the whole damn thing. The local mayor would have none of it, however, and he managed to get the French government at the time to intervene and a massive restoration project was begun. What a debt we all owe to that person! 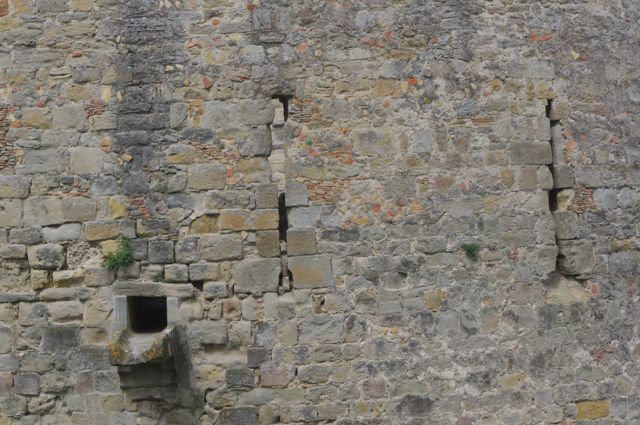 Regrettably, today was overcast, and my photos are a little flat as a result. But I think you can still get a good sense of how massive the whole thing is and the staggering among of human labor that must have gone into it.

Walking among those massive wall, it’s impossible not to wonder what it must have been like, as a peasant conscript in an invading army some 700 or 800 years ago, to be handed a shield and a sword and have some knight say, “OK, kid, there’s a ladder. Go get ’em!”

Previous Traveling In and Out of Paris.
NextOn the (Rail) Road Again.