When my daughter was a sophomore in college, she had the unique opportunity to spend a semester attending classes in France and living with a French family. There was a 10-day break in the middle of that term and to my delight and my wife’s consternation, our daughter took off, traveling around the country on her own. 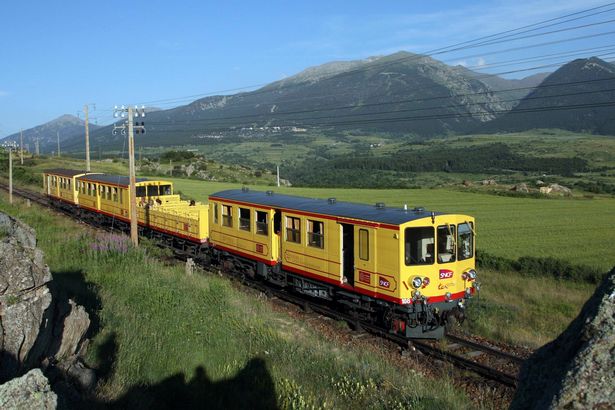 One of the highlights of those ten days was her finding Le Petit Train Jaune, (the Little Yellow Train), and she came home suggesting that I put this unique train on my To-Do list.

It’s a narrow gauge line that threads its way through mountain passes and over rocky gorges in the Pyrenees for about 40 miles more or less parallel to the Spanish-French border. It’s taken more than 20 years, but I’m scheduling another trip to France in late April and le Petit Train Jaune is no longer on my list—it’s on my itinerary. 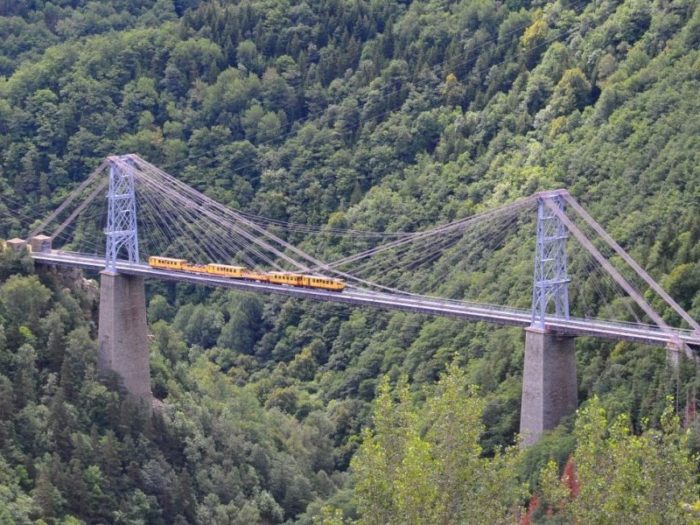 Originally constructed in the early 1900s, the rail line remains am engineering marvel to this day. Among other remarkable aspects of the line is railroad suspension ridge. I have no idea if this one is a rarity, but from photos, it’s surely impressive.

Alas—and this will sound familiar to all veteran Amtrak riders—I learned yesterday that “long running engineering work” has taken more time than expected and consequently the train is only operating over roughly two-thirds of its route. Fortunately, however, I’m told that includes the more scenic part of the journey. And so the last portion of the ride—and this, too, will strike a familiar chord with Amtrak riders—is going to be by bus.

Previous Confusing If Not Deceptive Practice.
NextArgue Smart for Amtrak.