Over the past few days, there has been a lot of back-and-forth emailing among *RPA members and posts on Facebook all triggered by the Trump Administration’s much-ballyhooed trillion dollar infrastructure plan.

Wow! A trillion dollars! That’s a thousand billion! And that’s great, because this country’s infrastructure is in sad shape. We could blow through that trillion and probably a lot more if that kind of money was really there. Which, of course, it isn’t. Not really. 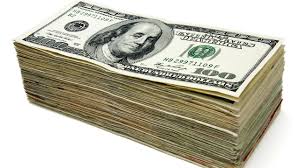 Most of the trillion is smoke-and-mirrors because it will supposedly be coming from the private sector and from the states, not from the federal government. And then there’s the Trump Administration’s budget, which eliminates the federal subsidy of Amtrak, inadequate though it may be.

And the rationale in either case is wrong anyway. The Trump people argue that states getting Amtrak service should be the ones to subsidize those trains. And it’s a stupid argument. In fact, it’s worse than that … it’s a con because it will never happen and they know it!

Why, for example, should the State of Colorado pony up their “share” of the subsidy needed to operate the California Zephyr? Or, more specifically, why should Colorado tax payers subsidize my Amtrak travel when I’m just passing through their state? What if they should say, “Wait a damn minute here! Loomis is a resident of the State of Hawaii. Let those people pay the difference between what he paid for his ticket and the actual cost of transporting his sorry ass across our state!”

And this, of course, is the reason why the federal government should subsidize our long distance trains in the first place.

* A reminder: RPA (the Rail Passengers Association) has been known for many decades as NARP, the National Association of Railroad Passengers.